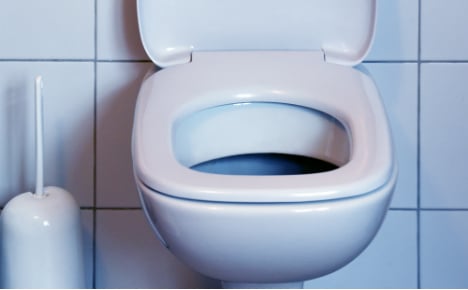 The timing couldn’t have been more perfect.

Just before the Bundestag (German parliament) closes for the summer, Die Linke (the Left Party) has introduced a bill proposing that Autobahn service stations are legally bound to allow free access to their rest rooms, reports Der Westen.

Politicians setting off on their family holidays will have plenty of time to ruminate on the idea as they sit in traffic with kids in the back screaming “Ich muss pinkeln!” (I need a pee!).

It’ll still no doubt be on their minds when they finally make it to a service station – only to find a queue around ten minutes long in front of the toilet turnstyle.

And as Germans of all backgrounds start to think about where to mark their cross at next autumn’s federal elections, Die Linke might have just scored into an empty net with the general public too.

The cost of emptying your bladder in the middle of a long trip down the German motorway is currently set at 70 cents, a price some are willing to pay for clean facilities. At some train stations it is as much as €1.

At service stations, the customer gets back €0.50 of the €0.70 in the form of a voucher. But as these are valid only at an adjacent kiosk, the profit still goes to the company running the service station.

“The profit that train and service station operators make through toilet charges doesn’t just place a burden on German citizens; it also comes at the cost of our car parks and other surrounding areas which tend to be used instead,” reads a statement from Die Linke.

And it's not even as if the toilets are kept in the best of condition, the statement grumbles.

The proposal further questions why airports and restaurants are legally obliged to offer free toilet facilities, but train stations and motorway service stations are not.

Die Linke are currently struggling to make it into double digits in polling. If their numbers start to surge during the school holidays, we'll know why.