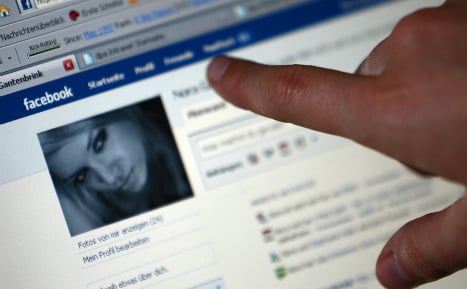 An overall majority of Germans are in favour of the so-called 'Klarnamenpflicht', a law obligating users of social networks and internet forums to sign up using their real name, according to the survey carried out by the Forsa-Institut for the Stern newspaper.

Only 34 percent were against the obligation, however this rose to 54 percent among privacy-conscious young people, aged 18-29. Among the over-59s, an overwhelming 81 percent were in favour of the Klarnamenpflict.

The age split is interesting, and backs up previous studies which have shown that many young, educated Germans avoid using social media networks due to privacy fears among other concerns. Those that do use them often go to lengths to protect their identity such as using fake names or pictures.

In June, Hamburg's commissioner for data security lodged a complaint requesting that Germans be allowed to use pseudonyms on Facebook. However, the city's Administrative Court upheld an emergency appeal by the social media site, confirming that the Klarnamenpflicht must be applied in Germany.

But an unscientific study of The Local Germany's friends found that those young people who do use social media avoid using their real names, despite the law. One said she felt uncomfortable having her full name made public.

Almost all German residents (89 percent) found it a positive thing that authorities are cracking down on hate speech, with only seven percent disagreeing.

On Wednesday last week, the first nationwide raid targeting online commenters responsible for hate speech took place. Residences in 14 of the 16 German regions were searched, with around 60 people accused of hate speech, including spreading xenophobic and anti-Semitic messages.

Thirty-six of the defendants belonged to a private Facebook group glorifying National Socialism. The raids were carried out as part of a project called 'Tackling Hate Posting', which has been carried out by a police unit combining state and federal police since December 2015.

Facebook has been much criticized in Germany for not doing more to shut down hate speech on its network during the refugee crisis, with Justice Minister Heiko Maas a leading voice calling for better moderation on the site, warning that social networks must not “become a funfair for the far right”.

In December 2015, Germany announced a deal with social network giants Facebook, Twitter and Google to clamp down on hate speech, with the Internet companies pledging to remove offending posts within 24 hours. Founder Mark Zuckerberg had previously told Merkel that the site “has to do more” to clamp down on racism among users.

But in August, a TV anchor called on the public to act against hate speech, adding that many people were now posting racist comments under their real names, suggesting that “it's no longer embarrassing” to make hateful comments and that “you can get a lot of likes” for doing so.