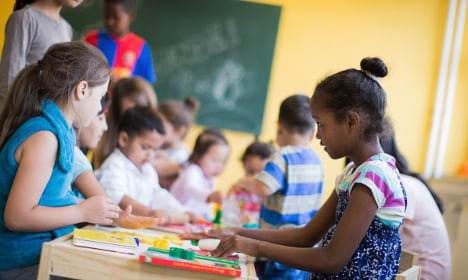 The attack will likely make Germans more fearful; a Pew Research Center poll from earlier in July showed that 61 percent of Germans were concerned that refugees would increase the likelihood of terrorism in the country.

But some experts say that the country needs to improve support and education for minors arriving in Germany.

Marianne Burkert-Eulitz, the Green Party's spokesperson for Family, Youths and Children, told Tagesspiegel there were “substantial shortcomings” in the care of unaccompanied minors.

Saying that young refugees seek shelter, family and community, she urged that more be done to provide this so that extremists can't take advantage of their exclusion.

She said it was critical for young refugees to receive a legal guardian, residential groups and therapy if they are traumatized.

Burkert-Eulitz added that nation- and Europe-wide databases should do a better job at keeping track of where the unaccompanied minors are.

Björb Eggert, youth spokesperson for the Social Democratic Party (SPD) in Berlin, told Tagesspiegel that the state needs to look into innovative ways to spot psychological warning signs in young people as youths are often reluctant to seek help themselves.

So what is the process for caring for refugees who arrive in Germany as unaccompanied minors?

As of January this year, there were at least 60,000 child and teenage refugees in Germany who had arrived without a guardian, according to figures from the Federal Association for Unaccompanied Minor Refugees (BumF). The majority are older teenagers, aged over 16.

Arrival of refugee children in Germany

When they first arrive, the minors are looked after by the Youth Welfare Office. The Office provides help including accommodation, which may be with a relative, foster family, youth institution or a 'clearing house' specializing in unaccompanied minors. Within two weeks, they are distributed across the country.

The BumF aims to improve the reception and accommodation of refugee children, as well as their access to health care and education.

The next step is to clarify the applicants residential status, and if their age cannot be determined from documents, physical and/or psychological examinations may be carried out to provide an estimate.

BumF also works to ensure the successful integration of the refugee children in their new society, and says “many [refugee] adolescents succeed in actively leading a socially committed life and fulfilling their personal dreams and goals”.

In response to the influx of refugee children in Berlin, the Caritas Association for Guardianship recently launched an appeal for Berliners to adopt the role of legal guardian for these young refugees, to which around 500 people responded.

Guardians take on tasks including organizing the child's healthcare and education, and the role takes around eight hours per month, according to the Cura Association of Care and Guardianship. The Association offers training and advice for those who take on the role, and volunteers' suitability is assessed before they begin.

The majority of refugee children do not live with their guardians, but in institutions. However, families can also apply to become host or foster families for refugees, by applying to their local Youth Welfare Office.

BumF has said that the role and number of host and foster families varies across the German regions, and stresses that a family environment “opens up many opportunities” for refugees, but that high standards of care must always be maintained.

Burkert-Eulitz said that the process of registering refugees and allocating them to accommodation and schooling must be made quicker and more efficient.

Many refugee children missing in Germany

An answer from the Interior Ministry to the German Parliament (Bundestag) revealed that last year 5,835 refugee children were reported as missing, newspapers from the Funke Mediengruppe reported in April.

The Federal Criminal Police Office (BKA) told The Local at the time that sometimes missing children will turn up again and that the numbers could be distorted if one child is reported as missing in multiple places, or with slightly different personal information. However, in 2015, only one in four missing refugee children was found again.

How great is the risk of radicalization?

Young refugees may suffer from trauma due to experiences in their home country, and must adapt to a new culture and language at a vulnerable age.

If these young refugees slip under the radar, they risk “prostitution, slavery, begging, forced labour, organ removal and sexual abuse”, Ulrike Schwarz, a spokesperson for BumF, told the Berliner Zeitung.

Contact with Islamic extremists is also a potential risk. Back in September 2015, a spokesperson for Bavaria's intelligence service said extremists had approached young unaccompanied refugees near reception centres as well as at Munich's railway station.

Speaking to DPA, the spokesperson said the extremists wanted “to take advantage of the insecurity and distress of the refugees”.

When police searched the home where the 17-year-old train attacker had been living with a foster family for two weeks, they found a handmade Isis flag as well as two texts, one thought to be a suicide note, which said: “pray for me that I can take vengeance on these unbelievers”.

Isis also released a video purporting to be of the attacker, which police have said they are treating as genuine.