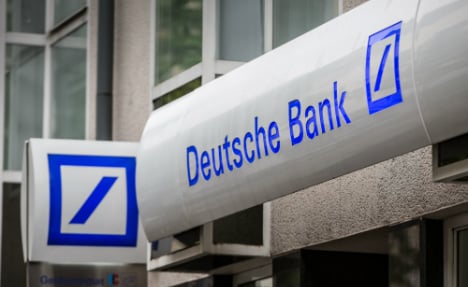 The closures are set to take place over the next few months , with 188 of Deutsche Bank's 723 branches nationwide due to close their doors.

On Sunday, Deutsche Bank published a list of the affected branches.

North Rhine-Westphalia is to be hit hardest, with 51 branches in Germany's most populous state listed for the chopping board. In Bavaria eleven will close, eight of which are in Munich.

In Hamburg nine branches are to be shut down, in Berlin and Brandenburg 50.

After recording colossal losses of around €7 billion in 2015, the Frankfurt lender is desperately seeking ways to cut costs.

A series of scandals and litigation cases have sent Deutsche Bank shares into a long nosedive on the stock exchange and forced it to waive dividend payments to shareholders.

Justifying the move to slash hundreds of branches, company spokesman Christian Sewing said that, with a growing number of customers doing their banking online, fewer people come to the branches to conduct business.

The bank said it hopes to redirect funds to digital banking, in which it hopes to invest €750 million by 2020.

ENERGY
EXPLAINED: How much will Germany’s gas levy cost you?
Url copied to clipboard!