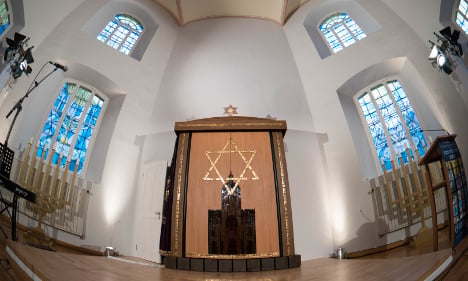 Thirty-four percent of those categorized by the research group as “extreme left” agreed with the statement that Jews had “too much influence” in Germany.

Even among the radical left – which differs from the 'extreme left' in the definitions used by the study in that extreme left attitudes are incompatible with democracy and the German constitution – the figure of those agreeing with the statement was worringly high, at 16 percent.

On average, one in ten of those surveyed agreed with the statement.

The study included an online survey of 36,000 people. Those on the extreme left and radical left, as determined by the survey, made up 17 percent of respondents, of which four percent were left extremists.

A high proportion of the far left agreed with the anti-Semitic stereotype that Jews are “greedy”. Thirty-four percent of the extreme left, and 13 percent of the left affirmed the statement, while across the entire political spectrum, that number fell to eight percent on average.

The FU study also looked at the use of violence by the far left. The research group argues that while the far left does not represent a “current threat” to German democracy, the propensity to use violence is likely to increase.

The researchers behind the study, Monika Deutz-Schroeder and Klaus Schroeder, said that the far left were not a “current threat to German democracy” but warned that the propensity to use violence was likely to rise.

Fourteen percent of respondents on the extreme left consider politically motivated violence to be justified, compared to an average of seven percent in wider German society.

According to the Annual Report on the Protection of the Constitution, which looks at activities on the far left and far right, as well as Islamic extremists, the number of violent left extremists has not seen an increase in recent years.

However, Schroeder criticized the fact that many politically motivated acts of violence are not officially linked to left-wing extremists.

For example, he told Die Welt that, according to the official report, 600 violent crimes each year are carried out by “non-extreme” leftists. But Schroeder argued that “anyone who tries to create political change through violence is an extremist. Period.”

Moreover, he pointed to deficiences in the report regarding the number of offences classified as non-extremist left violence.  There was a difference between state and federal reports; for example, the Berlin report listed 361 violent offences motivated by leftist ideology, while the federal report only recorded 83 such instances.

“This is a significant difference, which the authorities were not able to account for at our request.”

Back in January, Jewish groups in Germany protested against government insistence that anti-Semitism was not on the rise in the country, with many saying they feared violence. Four hundred and one anti-Semitic incidents were reported in 2015 – a 34 percent rise on the previous year – and in June this year, a young man in Berlin was beaten for wearing a kippah.