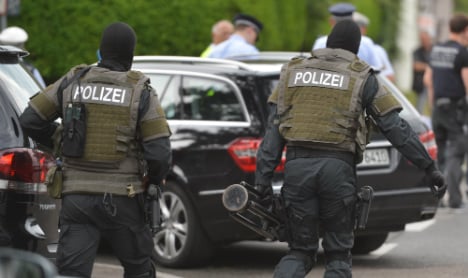 The bodies of two people were found in the cellar of the house, with both displaying bullet wounds, Spiegel reports.

According to Bild one of the two men is a hostage taker who had entered the building in the early afternoon. The other man is a lawyer, the tabloid reports.

Police have not confirmed this report, nor have they given an indication as to a possible motive.

Officers earlier blocked off the residential district and closed down several underground stations in the area.

According to a police spokesperson an unidentified person entered the building with a gun in his hand. Shortly afterwards, a witness sought help from a neighbour who called the police shortly after 1 pm. Around 100 officers are involved in the operation which was at first described as “an unclear threat” and was then changed to a “static situation.”

After closing off streets with police cars and tape, officers tried to make contact with people inside the house. But there was no indication they were successful.