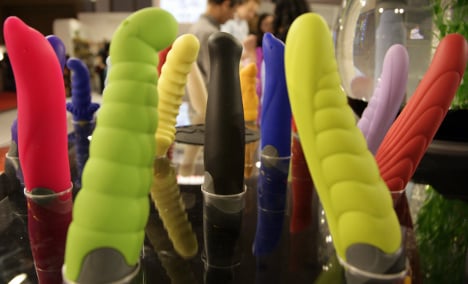 On Friday morning the woman asked for an officer to come and meet her in a sex shop in Cologne’s Innenstadt district, Express reports.

When the police received the call, they thought it was a joke. But two officers were sent to the scene to see what the fuss was about.

The unnamed lady was demanding her money back for a sex toy she wasn’t happy with, but the shop was only offering her store credit so that she could buy another.

But the woman claimed that the toy was malfunctioning and found it ridiculous that she couldn't get a refund.

“After assembling it at home, the thing started making noise that could be heard all over the house,” she told the officers. “I can’t use something like that.”

According to the police report, the old woman found “the suction function and fart and kissing noises were too unerotic for her.”

But the shop claim they demonstrated the toy to her before she bought it, and the noise of the instrument hadn’t been a problem back then.

But when you think you're home alone instead of in a store on one of Cologne's busiest streets, every noise is a racket.

In the end, the police were unable to help the woman because no crime was being committed.

“Unfortunately there are no silencers for vibrators, but most of the new generation are very quiet,” Tamara Rie, Assistant Manager at Other Nature, a vegan sex shop in Berlin, reassured The Local.

“If it is too loud, good music or a sheet help,” she advised.

As for her sex shop, she also said it was difficult to take back products simply because a customer had changed their mind.

“For reasons of hygiene there is no guarantee we'll take something back that someone didn't like.”

This isn't the first time the police have been called out over a loud sex toy. A penis ring caused havoc in a German casino in April this year when an employee mistook it for a bomb.