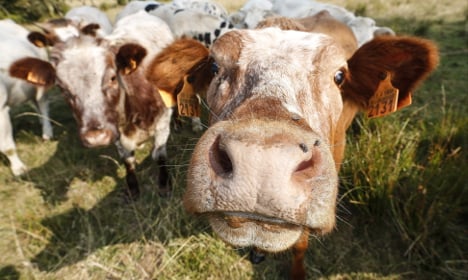 The discount chain is starting the new diet for its milk cows on Monday, and the GM-free milk will be available in all its stores across Germany. The decision affects Lidl's own-brand line of milk, Milbona, and its cheeses are also set to go GM-free starting from September.

But fans of the budget brand can rest assured – the milk won’t get more expensive for customers, starting at €0.46 per litre.

Lidl said it was “adding extra values to the usual reasonable prices for our customers and farmers.” The supermarket is offering an unspecified “jointly agreed allowance” to dairy farmers suffering financially due to the low prices for milk.

Other chains including Rewe, Aldi and Netto are also focusing on GM-free products, with eggs and poultry already often available GM-free.

The cultivation of genetically modified maize or soy is forbidden in Germany, but it may be imported as animal feed, and the meat or milk made from cows which have fed on it may not necessarily be labelled as GM, whereas products made directly from the genetically engineered crops, such as tofu for example, must be labelled.

The association ‘Food without genetic modification’ announced over the weekend that around 4,000 foods have been given their ‘GM-free’ certification, awarded by the association in collaboration with the Ministry of Food and Agriculture.