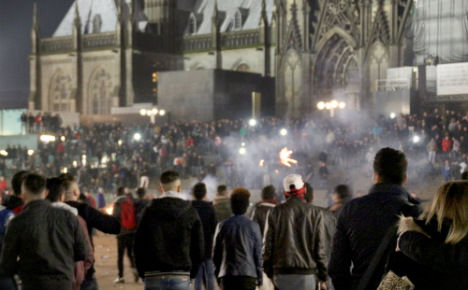 Cologne has become synonymous with the sexual assaults of New Year’s Eve, events which lit a spark under a highly contentious debate on refugees and sexual assault.

But, while the city on the Rhine was the scene of the largest number of sex crimes on that night, hundreds were also reported in other parts of the country.

A 50-page report by the Federal Office of Criminal Investigations (BKA), seen by the Süddeutsche Zeitung and broadcasters WDR and NDR, sets out for the first time how extensive police believe the crimes to have been.

In the whole of Germany, 642 crimes were reported that were of a purely sexual nature. A further 239 “combined crimes” – sexual assault which also involved theft – were recorded.

Some of the assaults involved several victims, leading the BKA to the figure of 1,200 women who were assaulted.

The largest number (650) was in Cologne, while 400 women have reported being assaulted in Hamburg.

Because the assaults were often carried out by groups, the BKA report came to the conclusion that more than 2,000 men took part in the crimes.

But, more than six months after the crimes took place, only 120 men have been or are currently being investigated by prosecutors. And the report places doubt on whether many of the men will be brought to justice.

“We need to assume that many of the perpetrators will not be investigated,” Holger Münch head of the Federal Office of Criminal Investigations told the SZ.

Of those being investigated, roughly half of them had spent less than a year in Germany.

“In this regard there is clearly a connection between the appearance of this phenomenon and the mass immigration of 2015.” the report states.

But the report also points to clear differences between migrant nationalities. Almost none of the men who have been investigated come from Syria, with the majority hailing from North Africa.

So far four men have been sentenced on sexual assault charges. In Düsseldorf and Nürtingen the defendants were given jail time. In Cologne on Thursday, two men were given probationary sentences.

In Hamburg's investigations six men were arrested, however all have since been released and charges dropped.