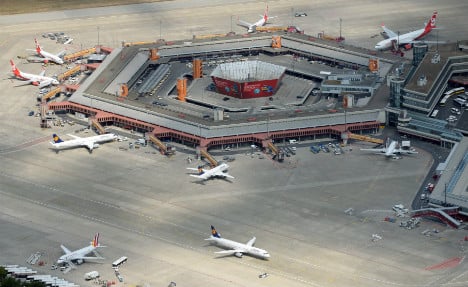 “Due to a security tip-off, a Lufthansa plane at Berlin Tegel which was scheduled to fly to Munich was checked a further time on Thursday afternoon,” a spokesperson for Tegel Airport said.

Before take-off, all 128 passengers were evacuated from the plane, which was then brought to a position away from the normal air traffic and searched by specialists.

According to Bild, the Federal Police – the authority responsible for Germany’s borders and airports – received the anonymous tip-off via their internet site.

Federal cops searched the plane for several hours, only giving the all clear later in the evening.

A speaker for the federal police said that there was nothing of security relevance found on board.

The plane was scheduled to take off at 4 pm but was completely cancelled. Lufthansa said that passengers were re-booked into later flights.

No other flights out of Tegel were affected by the security measures.

This is just the latest security procedure which demonstrates that German authorities are taking no chances when it comes to tackling potential terrorist threats.

In late June, police in Munich received an anonymous tip-off that an Air Berlin flight already underway from Munich to Hamburg had a bomb on board.

Upon landing, the plane was immediately diverted to a secure area of the airport where police searched the bags of every passenger on board.

On that occasion too no explosive device was found.

There have also been cancellations of major public events across the country, such as a football friendly against the Netherlands last November and New Year celebrations in Munich, due to tip-offs about planned terror attacks.

On neither occasion have police presented further evidence to the public to suggest that these tip-offs were concrete.

The interior ministry however continues to emphasize that the threat level is high in Germany, after recent terror attacks in Paris and Brussels left over 150 people dead.

Three men were arrested at the beginning of June in connection with an alleged terror plot to attack the city centre of Düsseldorf, the state capital of North Rhine-Westphalia.