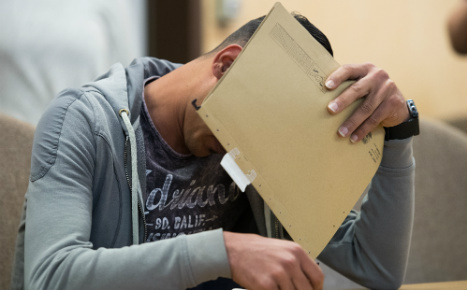 The court said it was evident that Hussein A. had kissed a young woman against her will and had licked her face.

“We see that as sexual assault,” said judge Gerd Krämer. “He forced the victim to accept the kiss and lick.”

Speaking via a translator, the man said “I apologize for what happened.”

An Algerian man, Hassan T., was also found guilty of being an accomplice to a sexual assault that was carried out by a group of 15 to 20 men.

The court considered this to be attempted assault. Hassan T. was also handed a one-year probationary sentence.

According to his own account, Hassan T. has been in Germany since autumn 2014; Hussein A. since September 2015.

Both the accused took pictures with their two victims before the sexual assaults took place, the Süddeutsche Zeitung reports.

The two women, aged 20 and 27, gave emotional accounts of the assaults to the court, at times through tears.

They had travelled to Cologne on December 30th with the 27-year-old's fiance, wanting to watch the firework show on the river Rhine.

There have been several sentences handed down for crimes committed over New Year in Cologne, but up until now they had all been for theft and dealing in stolen goods.

The trial of an Algerian man on sexual assault charges collapsed in May when the victim could not identify him.

Hundreds of women reported being sexually assaulted in Cologne over New Year to police in the first few weeks of January.

There were initial concerns that none of the perpetrators would ever be brought to justice and that this would encourage them to believe they had immunity to repeat the offences.