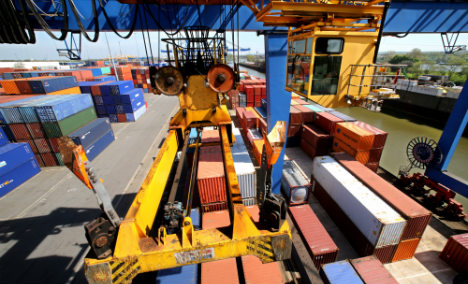 The German Chambers of Commerce and Industry (DIHK) also revised its projection for 2016 to a one-percent drop rather than five percent growth.

The figures were based on a survey of 5,600 businesses that export to Britain following the June 23 referendum in which 52 percent of Britons voted to leave the EU.

The DIW economic think tank on Wednesday predicted a blow to German economic growth as exports to the UK fall in the wake of the Brexit vote.

Nevertheless, German finance minister Wolfgang Schäuble on Wednesday said that his officials were “not observing any negative effects” of Brexit on Germany so far.

Many German firms that do business in the UK also plan to cut back on investment and hiring in the wake of the Brexit vote, the rapid reaction poll showed.

More than one-third of companies with subsidiaries or branches in Britain said they would reduce investment budgets.

A quarter of firms, meanwhile, said that they expected to employ fewer people in Britain in future.

Firms told the DIHK that their biggest fear from Brexit was an increase in barriers to trade, although political and legal uncertainty and the falling value of the pound also ranked highly.

Since the Brexit vote results emerged on June 24, Britain's currency has shed around 13 percent of its value against the dollar and there has been severe turbulence on financial markets.

Meanwhile, Schweitzer said that very few firms plan to immediately cut investment or jobs at home in Germany as a result of the vote.

But “the effects will be determined much more for the long term by the exit negotiations,” he said.

DIHK found that 21 percent of British companies' subsidiaries in Germany had boosted plans to invest in the Europe's biggest economy following the vote.

Almost one in four such firms also told the federation they planned to hire more workers.