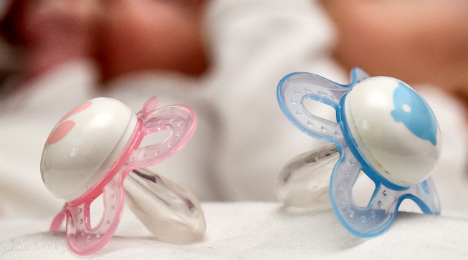 Photo: dpa
The 32-year-old woman was already a mother of two when she went to her gynecologist for long-term birth control, namely a hormonal implant called Implanon.
However, not long after the insertion, the woman felt drained and tired. At first the doctor said it was merely side effects of the birth control, but after four months of symptoms, a twin pregnancy was established.
“While they enjoy every day with their now four children, a family of six is not what they had personally planned and they had sought out the safest available contraception,” lawyer Beate Steldinger told the courts as reported by the Süddeutsche Zeitung.
“The children are not the damages, but the family's extra costs.”
The family said that the two new additions were happy ones, but the arrival of an extra son and daughter forced them to make massive lifestyle changes.
After combining two smaller apartments into a home suited for a family of four,  the family had to find a new apartment for a family of six. Even the beloved family car had to be traded in for something that could accommodate all the car seats. The mother also had to take extra time off her job.
During the trial, it was revealed that blood tests from the woman found no trace of the hormones that Implanon was supposed to release to prevent pregnancy. After expert testimony, the court found that only doctor error could be to blame.
As the doctor could not prove otherwise, he agreed to the settlement.
According to the manufacturer's information, when the Implanon is properly placed, the likelihood of getting pregnant is very low: less than one pregnancy per 100 women who use Implanon per year.