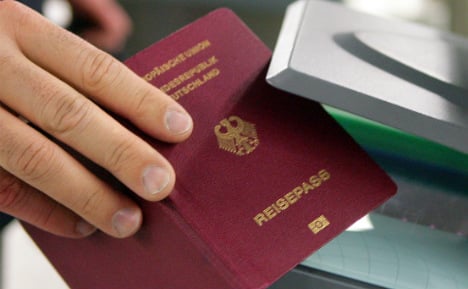 European countries need to think about what they can offer young British people living in their countries, Sigmar Gabriel said, after the Brexit vote left many facing an uncertain future, Spiegel reports.

Despite the UK voting by a narrow majority to leave the European Union, young people voted largely for the Remain camp.

“They knew better than the snobs in the British elite that this was about their future,” Gabriel said at meeting of his Social Democratic Party (SPD) on Saturday. “We can’t just pull the drawbridge up.”

Gabriel said it was high time Germany reconsiders its laws on dual citizenship, which generally does not permit people to hold a German passport and one from a non-EU member state.

“Let’s offer this to young Brits who live in Germany, Italy or France, so they can remain here as EU citizens.”

Members of the opposition Green Party have already called for the government to take steps to reassure young Brits living in Germany about their future.

Rebecca Harms, head of the Green Party in the European parliament, said that the offer could “be anything from a residency permit to citizenship.”

Gabriel’s statement comes as a leading expert in France also told The Local that Brits there should be given citizenship.

“Britons in France have been left living in uncertainty in terms of their futures and their status,” Law professor Patrick Weil said.

“The French parliament should make a gesture to all those Britons who want to keep their EU citizenship by allowing them to become French.”

Authorities in several German cities have said that they have had increased interest from British citizens in taking on German citizenship.

A spokesperson for the Naturalization Office in Stuttgart said that over the last few days they have constantly been answering the phone to Brits seeking out information on the subject.

“There have been more than 50 enquiries by British people about naturalization. The first application papers have already been picked up by British citizens,” the spokesperson said.

According to government statistics from 2015, 106,000 British nationals live in Germany.

In order to qualify for German citizenship, a foreign citizen normally needs to have lived in Germany for a period of eight years.

This can be shortened to seven years if the person has take a German-language integration course.

Being able to speak German is also a necessity.

Young Brits in Berlin have already told The Local they are considering applying for German citizenship.

“My [German] boyfriend and I were always planning on getting married in the future, but since this referendum we've decided to get married as soon as possible. It won't be romantic, but I need a European passport,” Rose Newell from Cornwall said.