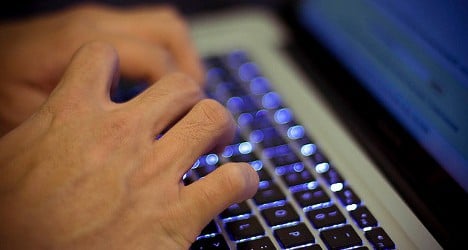 The boy, known as Paul by Swiss media, was reported missing by his parents from his home in Gunzgen, in the canton of Solothurn, on June 18th.

Police first thought he had run away, but investigations then led them to suspect kidnapping.

After an extensive search involving Swiss and German police, he was finally recovered in the early hours of Sunday morning 560 kilometres away at the apartment of a 35-year-old German man in Düsseldorf, Germany.

Though the boy was outwardly unharmed, the German press later reported that he had been sexually abused – though Swiss police have not yet confirmed the allegation.

According to police, the boy met the German man in an internet chat forum for players of the game Minecraft.

Speaking to the media in a press conference on Sunday, Solothurn police chief Urs Bartenschlager said they did not yet know how the boy came to travel to Düsseldorf.

“The case is an example of the danger the internet can represent. Even with harmless children’s games there are not always harmless players,” he said.

Speaking to newspaper Blick on Wednesday, Chantal Billaud from Swiss Crime Prevention advised parents to keep an eye on their children's online activities.

While young people often have digital skills far superior to their parents, that’s not the case when it comes to social and emotional skills, she added.

“Just as you ask your child what he did this afternoon you should also ask him what he did online,” she said.

The suspect will not be extradited to Switzerland, but will face kidnapping charges in Germany.

A case can be classed as kidnapping if the victim is under 16, even if he went to the older man’s home voluntarily, police said.