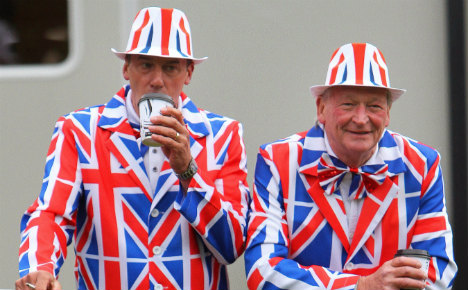 On Tuesday evening Twitter was awash with Germans unable to hide their sense of Schadenfreude at England’s Euro 2016 exit at the hands of Iceland.

The shock decision of British voters to leave Germany’s cherished EU had left a bad taste in the mouth and people were quick to rub salt into the wounds.

One Brit in Berlin claimed he could hear the screams of joy coming through his flat window every time Iceland scored.

But, on Wednesday, newspaper Die Zeit said that it had “had enough of the bad vibrations. We at Zeit Online love Great Britain.”

“How would the early evenings of our childhood have looked if Mr Bean hadn’t been shown on television?

“Brits showed us that well dressed men with good haircuts still have a chance with the ladies, and they gave us Love Actually – the best Christmas film in the world.”

Germans were quick to rally to the call on Twitter with hundreds of posts using the hashtag #WeLoveUKBecause appearing over the course of the day.

Die Zeit kicked things off by repeating the bizarre assertion that Brits are more dapper than Germans.

#WeLoveUKBecause you taught our men how to cut their hair. (td) pic.twitter.com/T72GYuv1uW

Love of UK music was a common theme.

OK, not as good as Rammstein or Kraftwerk, but pretty good.

British humour was another common theme to the trend, as was literature.

#WeLoveUKBecause music, TV and film wouldn't be the same without all your talent and your dry, dark humour.

#WeLoveUKBecause you gave us more wonderful writers & novels than we could ever imagine possible! Oh, and sarcasm to confuse Americans with.

#WeLoveUKBecause whoever survives such breakfast habits and such weather apparently owns a adorably viable set of genes.

… and the British love of waiting in an orderly line.

People were also thankful for tea. (Even though they should probably be sending their gratitude for that one to East Asia.)

#WeLoveUKBecause you are European no matter what may come. And also: Tea. pic.twitter.com/EQXL9dvUFk

There was even some love for Pret A Manger (or maybe Big Ben and double-decker buses.)

Brits who discovered the hashtag were clearly touched by the tributes Germans were spreading across the North Sea.

Oh how beautiful is #WeLoveUKBecause – that our EU neighbours are reaching out and still want to be friends? Nice pot of tea anyone?

Hashtag by @zeitonline #WeloveUKbecause just made me cry. I'm a UK-DE hybrid, committed European & gallows humour will only take you so far.