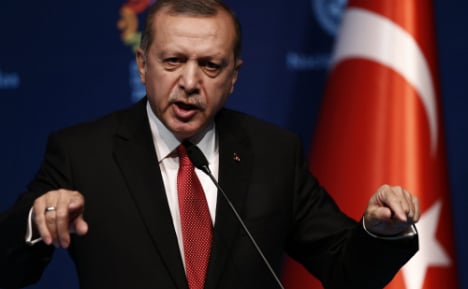 The suit has been lodged with federal prosecutors in Karlsruhe, the legal team which devised it told state broadcaster ARD on Monday.

Lawyers Britta Eder and Petra Dervishaj told ARD their clients saw it as “a moral duty to bring a suit here in Germany against the systematic war crimes taking place in Turkey.”

The suit, which is 200 pages long, claims Turkey has committed war crimes in Kurdish majority regions of the country, particularly in the city of Cizre in the Sirnak province, where NGOs say some 178 civilians were killed in February while taking shelter in basements, and whose bodies were later found burned up – some perhaps burned alive.

The civilians took cover from Turkish artillery fire in a cellar, according to the suit, but despite calls to emergency services, no doctors or journalists were allowed through to see them.

The bodies of the civilians were later found burned and, according to eyewitnesses, military personnel were seen pouring gasoline into the cellar and setting it alight, the suit claims.

Other eye witnesses cited in the suit say that the soldiers shot and killed civilians before burning the building.

Among those represented in the suit are two people the lawyers say survived war crimes by Turkey, as well as a Turkish MP from the Kurdish party HDP.

Erdogan is not the only Turkish official whom the suit targets. Ex-prime minister Ahmet Davutoglu and interior minister Efkan Ala, as well as senior members of the police and army.

According to German interpretation of international criminal law, it is possible to file a suit for a crime alleged to have been committed outside the borders of the Bundesrepublik.

“The purpose of this principle is to prevent war crimes and crimes against humanity from going unpunished, no matter where the crime is committed,” the lawyers stated.

Relations between Germany and Turkey have been bitter in recent months, and this suit is likely to add to the feeling of rancour in Ankara.

After the German Parliament (Bundestag) voted to recognize the massacre of Armenians by Ottoman forces in 1915-16 as a genocide, Ankara recalled its ambassador from Berlin.

But Turkey said on Monday it would allow Germany's defence minister to visit an air base in the south of the country after previously sparking a row by barring a German delegation from making the trip.

Ursula von der Leyen had said on Sunday she would personally visit the Incirlik base, used to launch coalition raids against Isis jihadists in Syria, after Turkey blocked other German politicians from going there.

Ankara had said the scheduled July visit by Germany's state secretary for defence Ralf Brauksiepe and other lawmakers would have been “inappropriate”, sparking anger from von der Leyen.

German media reported that the ban was in retaliation for the Bundestag's recognition of the Armenian genocide, but Turkish officials did not confirm this publicly.

“I have never experienced anything like this. It goes without saying that the leadership of the defence ministry should be able to visit German soldiers in the field,” von der Leyen told the Bild am Sonntag newspaper.

Turkish Prime Minister Binali Yildirim said at a news conference in Ankara on Monday that her own visit could go ahead.

“Turkey will grant permission,” he said.

“The German defence minister can visit Incirlik with ease. There is no problem.”

Germany in December agreed to send Tornado surveillance jets and tanker aircraft to Incirlik to aid the multinational coalition fighting Isis in Syria.