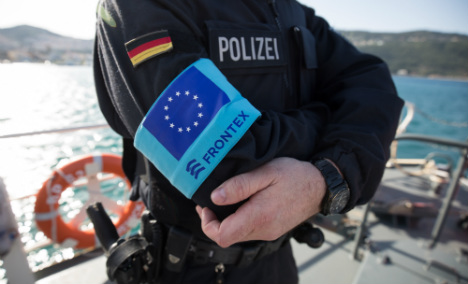 Even within the German coalition government, parties are not singing from the same hymnbook on what to do in the case of a Brexit, as some feel there should be a return of powers from Brussels to individual nations.

“Germany does not have a plan to follow because the government is divided on its post-Brexit strategy,” said conservative daily Die Welt.

Consequently, several sources believe that the EU partners would turn their attention to issues where there is greater consensus, such as security and defence.

“We are going to talk a lot about European defence in the coming months,” a French government source said.

“There is a fairly large consensus on the fact that we can do more in the area of external policy and common European security,” a German source said.

Areas of work in progress include common missions abroad, progress in the sharing of production and military equipment purchase, as well as the creation of a real EU border police force.

However, the big step towards a European army — an idea championed by federalists — is out of reach.

Whatever the results of the British referendum on whether or not to quit the EU, heavyweights France and Germany — both founding members of the bloc — will find themselves under pressure to defend what's left of their vision for Europe.

They may be forced to only pursue issues such as security, as enthusiasm for the bloc has eroded due to a morose economic outlook and as populist rhetoric gains ground.

“Attempting to maintain the status quo and remaining immobile would amount to political suicide”, as the UK vote could push other countries to also seek their own referendum, warned the Institut Montaigne in France.

But what's the next step?

French Economy Minister Emmanuel Macron has championed a common budget, parliament and a commissioner for the eurozone, as he told Le Monde that France would carry the initiative “to avoid contagion from Brexit” and to immediately launch “a positive project for Europe”.

Berlin however sees it differently.

After the vote, “we can't say, let's go on as usual, or in a more intensive manner,” said German Finance Minister Wolfgang Schäuble.

“Rather, we should say, first things first, let's concentrate on the things that are urgent,” he said, adding that Europe must focus on “solving pressing problems through flexible pragmatic measures”.

Pursuing further integration can only happen “after we have regained confidence” from European citizens, he said at a forum in Berlin on Tuesday.

“Let's strengthen what we have. I don't think we need big steps,” said Dijsselbloem, who is also Dutch finance minister, at the same event.

The bloc would have to learn lessons not only from events in Britain but from the rest of Europe, he said, adding that pushing for more integration “risks adding to the confusion”.

“This euroscepticism is not only present in Britain,” he added.

The spectacular gains across the continent by populist eurosceptic parties, including in Germany, attest to that.

“I would be surprised to see from June 24 a major project targeted at boosting European integration,” said a German government source speaking on condition of anonymity.

“Many countries are afraid of this subject because, at the moment, they have no support for such ideas among the public,” the source added.

For all the talk of the special French-German relationship, the two leading EU nations make an odd couple.

Germany follows a liberal economic line, far closer to Britain's than France's, and preaches reforms and budgetary rigour while refusing to share in other countries' debt burden.

Paris, meanwhile, is struggling to keep its deficits within the EU limit, having trouble putting down resistance to reforms at home and baulks at giving a supranational entity more oversight over its budget.

“Today, we are blocked by two taboos — a French taboo which is to transfer sovereignty, and a German taboo which is a financial and solidarity transfer. We can't progress without breaking them,” said Macron.

As a result, no French-German joint strategy appears to be close at hand.

“The Germans are afraid of finding themselves face-to-face with a weak France,” said Dominique Moisi, from the French Institute of International Relations. “There is no consensus on policies that can be adopted the day after.”