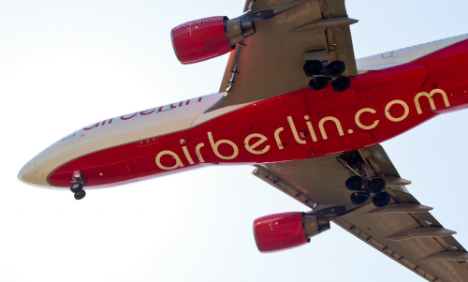 The Airbus A320 was carrying 170 passengers and seven air crew on an Air Berlin flight between Munich and Hamburg late on Sunday afternoon when police in the Bavarian capital received an email purporting to come from “the Islamic Caliphate in Europe.”

The email warned that a bomb had been placed on the plane.

“The risk of an attack was labelled as high. You can assume from that that we took the threat seriously,” a police spokesperson said.

When the plane landed in Hamburg, normal service in the port city was disrupted, with no other planes allowed to take off or land.

The Air Berlin jet was taken to a special position at some distance from other airplanes and the gates.

Police then went through the luggage of every passenger on board and sniffer dogs searched for explosives, but no bomb was found.

State security have now taken over the case and are searching for those responsible for sending the email.

Responses on Twitter which appear to have come from those on the flight at first showed surprise at the delay followed by understanding for the work of the security services.

“My thanks to the police teams for the calmness and respect with which they treated this tense situation,” one tweet read.

The delay had only a “minimal effect” on air traffic out of Hamburg, a spokesperson for the airport said.

Two flights that the affected airbus was scheduled to make, to Stuttgart and back again, were cancelled.