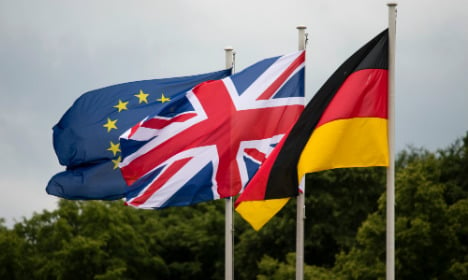 An overwhelming majority (94 percent) of Brits in Germany surveyed by InterNations said they would be personally affected by the Brexit vote, with a further 83 percent meanwhile agreeing that Britain leaving the EU could potentially change their living situation abroad.

But despite these concerns, only 52.5 percent of Brits living in Germany said they were going to vote in the referendum on June 23rd.

This was the second-lowest number across the nine European countries polled in the survey. Only in Italy did fewer people (50 percent) say they would vote.

An overwhelming number (85.9 percent) of those in Germany who said they would not vote gave the reason as being ineligible to do so. That means 40 percent of Brits living in Germany simply aren't allowed to vote.

Any British citizen who has lived outside of the United Kingdom for more than 15 years is ineligible to vote in the referendum.

Some two million British expats living in the EU, including tens of thousands in France and Spain, are barred from voting in the crucial June 23rd referendum because they have lived outside Britain for longer than the 15-year cut off point.

In April judges threw out an attempt by two expats to have the 15-year deadline scrapped.

“I, like many other British citizens living long-term in EU countries, have been utterly disenfranchised from a vote that potentially has a greater impact on us than most,” stated one of the survey participants.

“If we have lived away from the UK, we lose our right to vote — even in the referendum on this very specific point.”

The survey showed that 77.3 percent of Brits in Germany who will vote support staying in the European Union.

A poll conducted by The Local in April came to a similar conclusion, with 67 percent of respondents saying they were in the remain camp.

In the InterNations survey, all of the expat communities polled across Europe were firmly in the remain camp.

Cyprus, where only 60 percent are in favour of remain, has the weakest support. In Austria, 85 percent of those asked said they wanted Britain to stay in the EU.