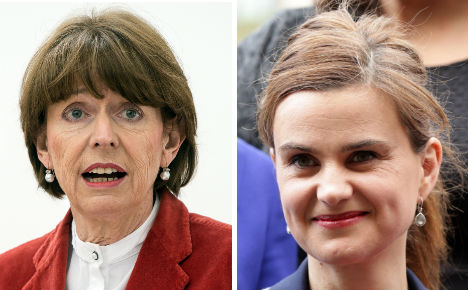 “The death of Jo Cox has really affected me. Xenophobic slogans inevitably lead to violence,” Henriette Reker, who was elected mayor of Cologne in 2015, tweeted.

“We all bear responsibility that such a situation never happens again in Germany or in Europe,” she wrote as a follow up.

Cox, an MP for the Labour party, was shot and stabbed multiple times on Thursday in her local constituency.

Police later arrested a 52-year-old man who is reported to have cried “Britain first” during his attack, a possible reference to a far-right UK political party of the same name.

The attack came days before Britain votes in a historic referendum on whether it wants to remain part of the European Union or not.

Cox was a supporter of the “Remain” campaign, and had also been an outspoken advocate for Syrian refugees.

Reker was herself stabbed while campaigning to become mayor in October last year.

A 44-year-old man, whom prosecutors accuse of having neo-Nazi beliefs, is currently on trial for the attack.

He has described Reker during his testimony as “a completely deluded, far-left, fancy pants ideologue” and is believed to have been angered by her support for refugees coming to Germany.

The assault shocked Germany at a time of growing division over the government's decision to open its doors to people fleeing war and misery, with more than one million arrivals last year alone.