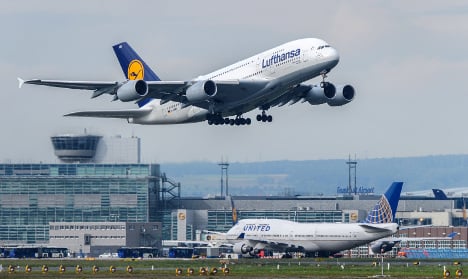 German security authorities are looking into reports that Orlando mass murderer Omar Mateen had been in touch with a Frankfurt Airport worker, Focus magazine reports.

The US Federal Bureau of Investigations (FBI) found through that a 57-year-old Frankfurt airport worker from Afghanistan wanted to visit Mateen in the USA a few months ago, but his travel visa was denied.

Mateen is responsible for killing 49 people and wounding 53 others at a gay nightclub in Orlando, Florida, last weekend, and reportedly pledged his allegiance to the Isis terror group before the attack.

German airports including Frankfurt's have been on high alert since other terror attacks in Europe, most recently after the Brussels airport and metro bombings in March.

Shortly before the Brussels attacks, German police arrested a suspected jihadist at the Frankfurt airport over allegations he had joined Isis and appeared in propaganda videos for the group

Frankfurt Airport is of particular security concern because it is a major international transfer hub and Germany's busiest airport for passenger traffic.

It was also the site of one of the only Islamist-motivated terror plots in Germany, when an airport post office worker shot and killed two US airmen and wounded two others in 2011.