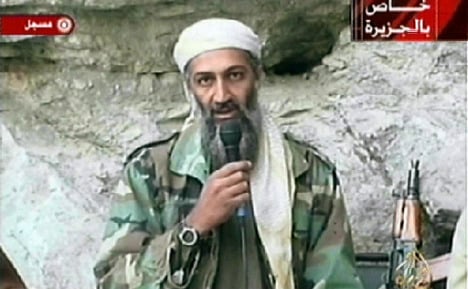 Sami A. has already had his asylum application rejected by the German authorities and has been handed a deportation order.

But the 39-year-old, who prosecutors allege traveled to Afghanistan in the late 1990s, where he worked as Osama bin Laden’s bodyguard, will be allowed to stay in Germany after the administrative court in Gelsenkirchen ruled on Wednesday that he cannot be sent back to his home country of Tunisia.

Since no other country has shown willingness to take in the Tunisian, it now seems he will remain in Germany for the foreseeable future.

German security services still consider Sami A. to be a dangerous and central member of the Islamist scene in the country and have had him under observation since at least 2006, the Rheinische Post (RP) reports.

“That such a man is allowed to stay in Germany is a punch in the face to all anti-terror investigators. He protected the most wanted man in the world and we treat him with kid gloves,” a security source told the RP.

But a spokesperson for the court told The Local that it was the fact of Sami A.'s links to al-Qaeda that put him at such risk in Tunisia.

“Although the human rights situation in Tunisia has clearly improved over recent years, in this particular case there would have still been enough of a risk of torture and inhuman treatment that he could not be sent back,” Karsten Herfort, spokesperson for the court, told The Local.

“Islamists and particularly people who have a reputation for belonging to al-Qaeda are at particular risk of inhuman punishment in Tunisia,” said Herfort.

Sami A.’s case has been dragged through the courts for close to a decade as he has desperately fought the deportation order.

For years he won the protection of the Federal Office for Migration and Refugees (BAMF) which judged Tunisia to be too dangerous and the risk of torture in prisons there too high to justify his deportation.

But BAMF recently lifted this ban, arguing that the conditions in Tunisian detention had improved in a long-term way, meaning the bodyguard had to once again appeal a deportation order through the German legal system.

Herfort denied that this case signaled that Germany is now a place where dangerous terrorists can find safe haven.

“You can not make a blanket statement” that terrorists will now be allowed to stay here in Germany, Herfort said. “This is a very specific and complicated legal case. The state ordered him to leave, but the court rightly judged that the risk for him would be too high if he were deported.”

“There needs to be concrete evidence of a connection”, something which had already been established by the highest court in North Rhine-Westphalia in the case of Sami A.