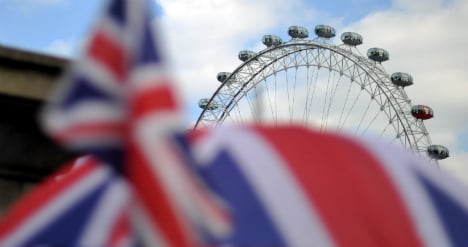 “It would be a shock for the EU that would require mutual assurances that the EU continues to stick together and that a very successful decades-long process of integration doesn't in the end turn into disintegration,” said Frank-Walter Steinmeier.

Speaking at a joint press conference with French counterpart Jean-Marc Ayrault ahead of the June 23 referendum, he added: “We can both say that we want the majority in Britain to make the right decision, and the right decision from our point of view can only be to remain in Europe.”

“Europe would be lacking a lot if Great Britain decided to leave.”

The 'remain' camp, led by conservative British Prime Minister David Cameron, has been set back by a series of polls putting the Brexit supporters in the lead in recent days.

“The British are facing a choice,” said the head of French diplomacy, during a joint visit with Steinmeier to Brandenburg near Berlin.

A vote that would leave Britain as an outsider to the EU is “a reality which we don't want”.

He added that “polls go up and down and it is normal and this will happen, I think, to the very end”.

Ayrault promised eurosceptics that the bloc would keep evolving with the times.

“Europe can't be static, it must keep moving,” he said. “Today it faces contradictions, slow-downs, difficulties, anxieties and fears.

“We want to give Europe a new dynamism.”