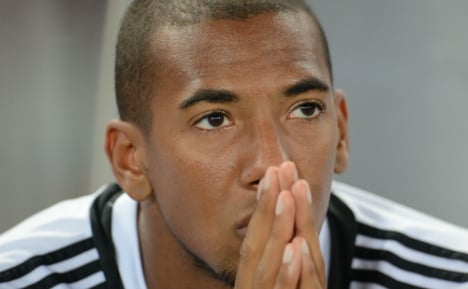 Boateng was in the German team playing at the Stade de France in Paris on November 13 when a series of jihadist attacks left 130 dead. Suicide bombers tried to get into the stadium.

“Each person must decide for himself how to deal with it. I have already done so,” he told Sport Bild weekly, adding that his decision was that “my family and children will not be coming to the stadium. The risk is simply too big.”

“It's obviously sad to have to deal with such a question. But too many things have happened in the last few days that makes one reflect,” he said.

“I would like to concentrate fully on football during the Euro, and I would feel much better if my family is not sitting in the stadium,” added Boateng.

Die Mannschaft will on June 16 make their first return to the Stade de France since the November attacks, when suicide bombers blew themselves up around the stadium.

A few days later, a friendly between Germany and the Netherlands was scrapped at the last minute over a terror threat.