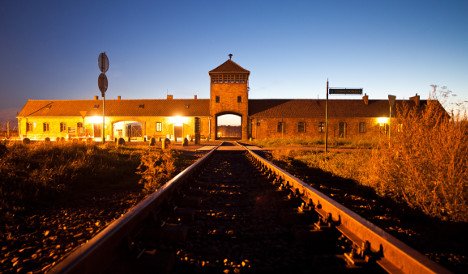 “In most cases, these are the last personal belongings of the Jews led to death in the gas chambers upon selection at the ramp,” the museum said in a statement.

“These include, among others, thermometers, empty bottles of medicine, fragments of shoes, jewellery, cutlery, watches, brushes, tobacco pipes, lighters.”

Archaeologists first dug up the items in 1967 from the ruins of what had been a crematorium and gas chamber at the former Second World War death camp set up by Nazi Germany in occupied Poland.

The items were then stored in 48 cardboard boxes in a building at the Polish Academy of Sciences in Warsaw, only to collect dust for decades until the museum tracked them down after several months of searching.

“I can only try to imagine why the lost objects were deposited in these boxes just after digging up… Presumably, they were supposed to be analysed and studied,” museum Piotr Cywinski said in the statement.

But “a few months later, there was a political turnabout in 1968 and the communist authority took a clearly anti-Semitic course,” he added.

“Perhaps that is why they did not hurry with the implementation and closure of this project. The times then were difficult for topics related to the Holocaust.”

Earlier this month the items arrived back at the museum in the southern Polish city of Oswiecim.

A record 1.72 million people visited the site in 2015, the 70th anniversary of the liberation of the camp by the Soviets.

More than 100,000 other people including non-Jewish Poles, Roma, Soviet prisoners of war and anti-Nazi resistance fighters also died at the camp, according to the museum.