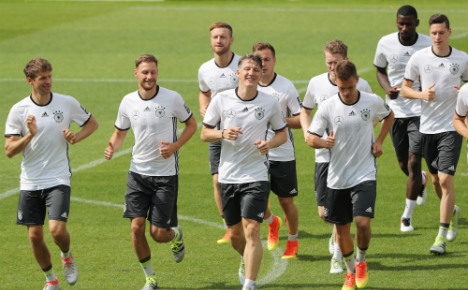 Alexander Gauland, of the Alternative for Germany (AFD) party, also questioned the loyalty of German-born international Mesut Ozil, who is of Turkish origin, for making the Muslim pilgrimage to Mecca.

The controversy follows hot on the heels of a row last week which saw far-right German group PEGIDA slam pictures of black and Asian children on chocolate bars — only to discover the photos were of current Germany internationals as youngsters.

The three-year-old populist AfD shifted from a eurosceptic to an anti-immigrant and Islamophobic stance as Germany took in more than one million asylum seekers last year, and has won seats in half of Germany's 16 state assemblies.

Gauland, a hardline deputy leader of the AfD, has come under fire in recent days for saying most Germans would not want Boateng, whose father is Ghanaian, as their neighbour — a comment Chancellor Angela Merkel's spokesman condemned as “vile and sad”.

The AfD co-leader elaborated on his views in comments to news weekly Der Spiegel, telling it that professional football is “no longer a question of national identity” but “ultimately a question of money”.

“A German or an English national football team is no longer English or German in the classical sense,” he was quoted as saying in early excerpts from Saturday's edition.

Gauland said the fact that many players were born overseas was no proof that Germany is an immigrant society.

Although most Germans “cheer at the football… this multicultural world is still alien to most of them,” said Gauland.

He also said that he found Ozil's journey to Mecca “hard to get used to”.

While he could accept a footballer making the pilgrimage, he said, “for officials, teachers, politicians and decision-makers, I would indeed ask the question: Is German democracy the right place for someone who makes the pilgrimage to Mecca?”

“Does their loyalty lie with the German constitution, or with an Islam that really is a political Islam?”

SEE ALSO: Battle over Boateng unmasks the racism of the AfD