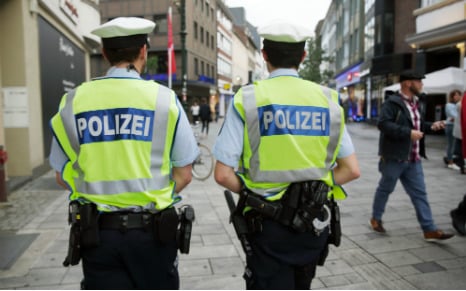 According to Spiegel, a suspect in police custody has admitted to authorities that ten people were supposed to be involved in the plot.

On Thursday three men were arrested in Düsseldorf, after a fourth plot member had turned himself in to authorities in Paris in February.

Three of the men, all of them Syrian nationals are alleged to have arrived in Germany in 2015 along the Balkan route, the route taken by refugees fleeing the Syrian civil war.

The six additional members of the plot were supposed to join them at a later point, Saleh A. who is in custody in Paris told investigators.

According to his account, two of the group were supposed to blow themselves up in the Altstadt district, the other men were then to attack more civilians with guns and explosives.

Police moved on the three group members in Germany on Thursday after they received information that one of the group wanted to travel to southern Europe and they feared they could lose sight of him.

Group member gave himself up

The suspects were identified as 27-year-old Hamza C., 25-year-old Mahood B., and Abd Arahman A. K., 31, who were arrested in the states of Brandenburg near Berlin, North Rhine-Westphalia and Baden-Wurttemberg.

Saleh A., 25, also Syrian, had been in custody in France since turning himself in in February, they said, and Germany had now requested his extradition.

Saleh A. had gone to a police station in northern Paris on February 1, telling officers that he had “a certain amount of information about a sleeper cell that was ready to strike in Germany,” a French judicial source said.

He was held for four days and interrogated by anti-terrorist police.

“His statement led to investigations with German authorities which … led to the arrest of these three suspects,” the source added.

The suspect had been registered as an asylum seeker since October 16, 2013 in Kaarst, North Rhine-Westphalia, according to the city's spokeswoman.

He had turned himself in because he did not want his daughter to grow up knowing her father was a terrorist, according to the Sueddeutsche Zeitung daily.

Meanwhile Focus reports that in North Rhine-Westphalia (NRW) 37 arrest warrants against people in the Islamist scene are outstanding because the culprits have gone missing.

In total 21 of these arrest warrants are for crimes related to terrorism..

“The 37 people who are being looked for are accused of committed crimes including establishing a criminal or terrorist organization, seriously bodily harm, deception, resistance against state officials and theft,” said state representative Gregor Golland from the Christian Democratic Union (CDU).

Also on Friday, the Justice Ministry said that German prosecutors have launched legal proceedings against 180 suspects linked to jihadist groups in Syria.

“The chief prosecutor is currently carrying out 120 proceedings targeting 180 suspects in connection with the civil war in Syria, for their membership in, or backing of, a terrorist organisation,” said Justice Ministry spokesman Philip Scholz.

Separately, the NRW interior ministry said there were “499 potentially dangerous individuals in the field of Islamist terrorism” in their jurisdiction.