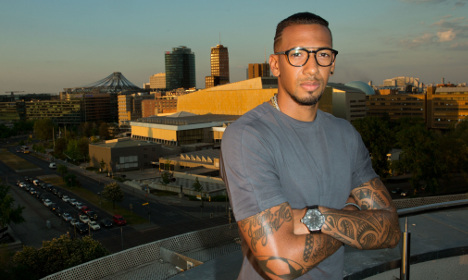 Boateng, who has a Ghanaian father, was born and brought up in Berlin. Photo: DPA

AfD's deputy chief Alexander Gauland told the Sunday newspaper Frankfurter Allgemeine Sonntagszeitung that Germans would not like to have Boateng, who has a Ghanaian father and was born and brought up in Berlin, as a neighbour.

“People find him good as a footballer, but they don't want to have a Boateng as a neighbour,” Gauland said.

The president of the DFB German football league, Reinhard Grindel, slammed the comments as “simply tasteless”.

Boateng, 27, “is an excellent player and a wonderful person, who gets involved in social causes and is a role model for many young people”.

The manager of the German national team, Oliver Bierhoff, said: “It isn't the first time that we've been confronted with such statements. They need no comment. The people who made them are simply discrediting themselves.”

“People who say things like that unmask themselves, and not just as a bad neighbour,” he wrote on Twitter.

Last week, members of the anti-Islam Pegida movement sparked controversy when they took to Facebook to attack members of the national football team with migrant backgrounds.

Pegida supporters complained when childhood photos of players including Boateng, as well as midfielders Mesut Ozil and Ilkay Gundogan, were used in a marketing campaign for Ferrero's Kinder chocolate in the run-up to the UEFA Euro football championships, due to be held in France in June.