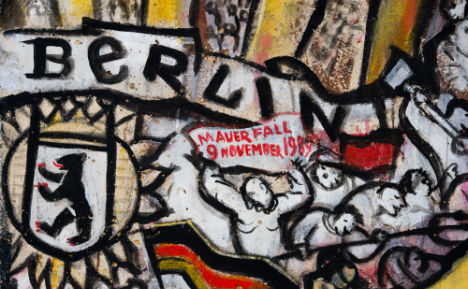 The online holiday rental company Wimdu have looked into the weirdest facts and figures about Germany’s quirky and eccentric capital. Of the 50 they found, we present 23 of the best.

There are 180 museums in Berlin and on average 106 rainy days. So even if you tried to use the bad weather for cultural enrichment you’d have a hard time getting through them all in a year (and that’s if you had nothing else to do.) In 1848, Berlin proved itself to be way ahead of its time by banning smoking in the street. Now it is one of the few cities in western Europe where smoking in bars is still the norm. Today 2.9 billion fag ends litter the capital’s streets every year.

What would Berliners do without the chance to replenish depleted cigarette and beer supplies at 4 am? With 1,000 Spätis (late night stores) in the city, we all live safely in the knowledge that our saviour lies just around the next corner. 6. Half of Berliners are lonely hearts

One in every two Berliners is single. Or at least they’re not married. A study released in 2015 showed that in the city that hates Spiessigkeit (squareness) people refuse to settle down into a bourgeois, coupled-up life.

It seems that Berliners aren’t very settled people either. It could be that they are constantly on the search for the next ‘in’ Kiez (neighbourhood). Whatever the reason, every hour 18 people move from one district of the city to another, making the Robben & Wientjes removal vans as integral to the city's fabric as the Fernsehturm.

8. Millionaires are (not quite) ten a penny

Its ex-mayor might have described Berlin as “poor but sexy”, but that is slowly changing. A luxury apartment in the centre of the town recently sold for €5.7 million, smashing the previous record by €700,000. Every 5,840th inhabitant of Berlin is a millionaire – there are 585 in the city.

If Berlin were a modern day Hades (as some more traditional country folk no doubt believe), Sisyphus would be condemned to life as a street cleaner. Every year the city spends €35 million on cleaning graffiti off its walls. Yet, like magic, the city’s distinctive paintwork always seems to reappear. 10. People partying in the clubs could fill a small town

Between 40,000 and 50,000 people dance every weekend in Berlin’s clubs. So it’s just as well there are plenty of them. This useful map shows that almost every single station on Berlin’s inner city train network has a nightclub nearby.

The 'gold ATM' at Galeries Lafayette. Photo: DPA.
At the Galeries Lafayette in Berlin's posh shopping district off of Friedrichstrasse, you can actually receive gold right out of a “gold ATM”.
The precious metal comes in bars weighing up to 250 grams.
And if you ever find yourself shoeless on one of those typically endless Berlin nights out, have no fear! A vending machine in Fritzclub by Postbahnhof sells ballet flat shoes for €9 from a vending machine of their own.
SEE ALSO: Berlin's six coolest attractions you've never heard of
12. 60 tonnes of döner
Photo: DPA.
On an average day 950 Döner spits are eaten in the city, and with each spit holding 63 kg, that’s 60 tonnes of meat a day.
They also scarf down 70 million currywursts a year. It’s a miracle that Berliners seem to look so gaunt!
But do you really know what is in your Döner kebab?
13. 2.2 kilometres of beer
Just a glimpse of the brew-guzzling at Berlin's annual beer festival. Photo: DPA.
The longest beer garden in the world is actually not in Bavaria, but in the northern capital city. The annual International Berlin Beer Festival runs 2.2 kilometres, making it the longest worldwide.
Take that, Munich!
14. Half a million foreigners
Berlin is certainly as 'Multikulti' as people say: there are just under 500,000 foreigners in the city who hail from 185 countries.
That means roughly 14 percent are from somewhere other than Germany, so no need to feel alone.
15. One in four Berliners are Berliners
Photo: DPA.
If you think that's a lot of Ausländer, it probably doesn't surprise you to hear older folks grumbling about Scheiße Amis when you're speaking English.
But you might actually raise your eyebrows to hear that only one in four Berliners are actually considered “real” Berliners, meaning born and bred in the capital city.
Sorry, but John F. Kennedy just didn't cut it, no matter what he said.
16. 8.7 times around the Earth every day
Photo: DPA/Nasa.
Berlin's public transit system (BVG) actually travels the equivalent distance of 8.7 times around the Earth each day, including all the U-Bahn and buses together – even though you might sometimes doubt the existence of buses as they always seem to run a bothersome five minutes late.
But then again this isn't like normal Germany. This is Berlin.
17. One in three prisoners are fare-dodgers
It might not seem like it because of the strange sort of 'honesty policy' Berlin (and most of Germany) has about checking tickets, but the capital actually does take fare-dodging quite seriously.
You'll know what we mean if you've ever encountered a particularly gruff Berliner Schnauze of a controller who has absolutely no sympathy for you trying to get by with an AB ticket one station into the C zone.
So is it really that surprising that one-third of those sitting in a Berlin jail are there for not buying a ticket?
MUST READ: 14 facts you never knew about the Brandenburg Gate
18. Eleven night bus lines to your door
But even if you're a notorious fare-dodger yourself, you might consider changing your habits to take advantage of the 11 BVG night bus lines that will literally take you right to your door.
The buses that offer this are: N35, N39, N53, N60, N62, N64, N68, N69, N91, N95 and N97.
19. The Ringbahn is the shape of a basset hound Photo: Robert Aehnelt/Wikimedia Commons.
There's really not much more to say here, other than once you see it, you can never un-see it.
Image: Wimdu.
20. One in five underground station escalators don't work because: idiots
Berlin isn't exactly the best city in terms of accessibility for disabled people, so it might irk you just a bit to know that one in five of those annoying times when the U-Bahn escalators are broken, it's because some jerk decided to push the emergency stop button for funnsies.
Yea, real clever prank. The little girl in crutches really laughed at that one.
21. 100 more people move into the city than leave it each day
Every day, 435 people move into Berlin while 327 leave, so it's no surprise why you've been having trouble scoring an apartment here: not enough people want to get the hell out.
SEE ALSO: Six soothing day trips to escape the bustle of Berlin
22. 1916 – year of the seamless condom
Left: Konrad Zuse with one of his first computers (DPA). Right: A condom vending machine (Stefan Kühn/Wikimedia Commons).
Berlin-born tinkerer Konrad Zuse invented the world's first programmable computer in 1941, making him the father of the modern computer.
And while Zuse's work controversially was supported by the Nazis, Jewish Berliner and inventor Julius Fromm basically had his work taken over by Adolf Hitler's cronies.
Fromm was the inventor of modern, seamless condoms in 1916, and his company even set up the first condom vending machines. The name Fromms was at one point a synonym for condom in Germany.
In 1938, the Nazis forced the inventor to sell his company to the aristocratic godmother of Hitler's right-hand man, Hermann Göring. Fromm left his hometown for London not long after.
23. Your own museum for €8,000
If Berlin's existing party halls don't quite suit your tastes, you actually have the option of renting out an entire museum for an epic night of debauchery – just for a mere €8,000-€20,000.
The Staatliche Museen zu Berlin promise an “unforgettable evening in an utterly unique atmosphere” that will be certain to “enchant and amaze your guests”. Find out more here.