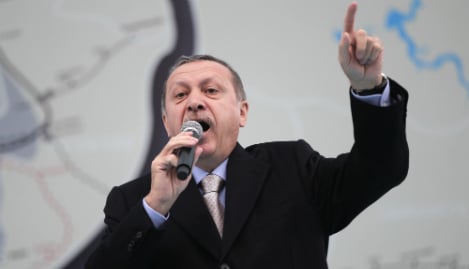 Hansjörg Haber, a German diplomat who heads the EU delegation to Ankara, was summoned to the Turkish foreign ministry on Tuesday, the sources said.

He was told that his comments had caused “indignation” and were condemned by Turkey.

According to Turkish reports, Haber was bitterly critical of Turkey's conduct in the deal to reduce the number of refugees crossing the Aegean to EU territory at a meeting with some reporters on May 13th.

Turkey was supposed to be granted visa-free travel for its citizens to most of the EU, but this is now in doubt amid accusations on both sides, raising questions over the entire accord.

According to Turkey's state-run Anatolia news agency, Haber said: “We have a saying 'Start like a Turk and end like a German. But here it is the other way round'”.

The veracity of these comments has not been confirmed by the EU delegation.

The deal has also been thrown into doubt by the departure in the coming days of Prime Minister Ahmet Davutoglu who had championed the accord.

That scandal led directly to the affair over the so-called “smear poem” by TV comic Jan Böhmermann, who said that he wanted to show Erdogan what real defamation looked like, rather than the comparatively mild political criticisms made by Extra 3.

Erdogan has pressed on with legal action against Böhmermann, who most recently was told by a Hamburg court that he cannot read certain sections of his poem out in public.

For its part, Extra 3 refused to be cowed by the Turkish President and offered him a “dirty deal” to match what they said is an unjust EU-Turkey deal over refugees.

“For every joke a Turkish comedian is allowed to make, we will retract one,” host Christian Ehring said in March.