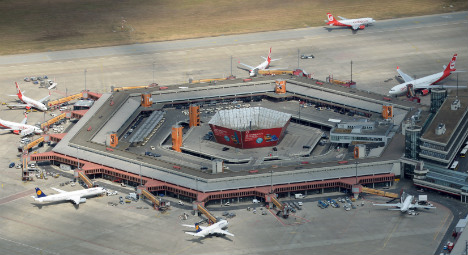 Recep Ü., a Turkish-born aircraft cleaner for a private firm at the airport, was allowed into the secure areas of Tegel and Schönefeld airports to do his job.

German air security law states that only people who have passed a security check can work in such sensitive zones of an airport.

But although Ü. had passed such a check in 2011, he did not lose his security clearance after authorities discovered his connections to the Salfist [an Islamic fundamentalist movement] scene, Berlin's Morgenpost newspaper reported on Wednesday.

Ü. was only removed from his job in October 2015 after he was found to have smuggled a knuckle-duster into the secure area of Tegel airport.

Both airport operator FBB and Wisag, the company who directly employed Ü., said they had not been informed of the security concerns after police investigators passed them to the air security authority in late 2014.

Security services did not find that Ü was planning to carry out any kind of attack.

He was found to have taken part in distributing free Qurans, to have had regular contact with known extremists, and to have shared videos by fundamentalist preachers Pierre Vogel and Sven Lau.

Lau is currently under arrest and faces charges of aiding a Syrian militia linked to Isis with funds, equipment and recruitment.

He was also the founder of a short-lived 'Sharia Police' group in Düsseldorf whose members also face prosecution.