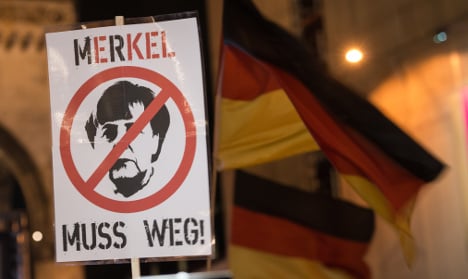 In an attached image, the consumer organization – more usually known as the gold standard of reviewing for everything from cars to bank accounts – illustrates a number of examples, along with the fines their authors eventually received.

Someone who wrote that “these vermin deserve to be stoned and shot up against the wall” was fined €1,380 by a German court.

Another user who wrote “I would be for re-opening the gas chambers and shoving the whole brood in there” had to cough up €4,800.

A comment directed at Jews came in for a €5,000 fine, while someone calling for Chancellor Angela Merkel to be “publicly stoned” had to pay €2,000”.

All of the fines outlined by Stiftung Warentest fall short of that handed out to anti-Islam group Pegida's founder Lutz Bachmann, who was ordered to pay €9,600 for describing refugees as 'cattle' and 'scum' in Facebook posts.

“Victims of internet hate aren't powerless,” Stiftung Warentest explained in their post, which contains links to websites for 11 German state police forces where victims of hate can report abusers.

“Don't let yourself be discouraged by hate comments or held back from getting involved in debates,” they add.

Discussions “need not be taken over by those who only want to whip up hate.”

“Hate crimes can be expensive,” Justice Minister Heiko Maas tweeted in response to Stiftung Warentest's post. “Everyone should think twice before battering the keyboard.”

But some commenters on Facebook were not so positive.

“Aren't you ashamed of supporting the regime in taking away Germans' basic human right to free speech?” one man wrote in a post that gathered 39 likes. “Any laws that hinder that are unjust!”

Others complained that Facebook was still not doing enough to fight hate speech on its platform despite its repeated promises to the German government.

“Here on Facebook you can even report a Holocaust denier [explicitly against the law in Germany] and get an answer from facebook that it's 'free speech',” one person wrote.