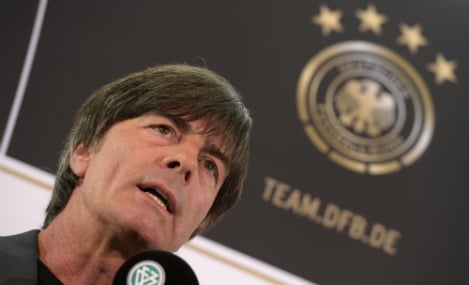 Defensive midfielder Kimmich, 21, caps a meteoric rise having only broken into Bayern Munich's first team earlier this season and has been now promoted from Germany's Under-21 team, as has 20-year-old Bayer Leverkusen winger Julian Brandt.

Germany captain Bastian Schweinsteiger, who has 114 caps, has been included as he recovers from a torn medial knee ligament.

Head coach Joachim Löw will cut his squad from 27 to 23 on May 30, the day after their friendly against Slovakia, before their opening Euro 2016 Group C game against Ukraine on June 12.

Löw has also opted to include Galatasaray forward Lukas Podolski, who has made 127 appearances in the famous white shirt.

Both Schweinsteiger and Podolski will be playing in their fourth European championships.

Up-and-coming talents Julian Weigl and Leroy Sane, both 20, from Borussia Dortmund and Schalke 04 respectively, have been included.

Mario Gomez of Fiorentina, who spent the last season at Besiktas, is the only out-and-out striker included in the squad.