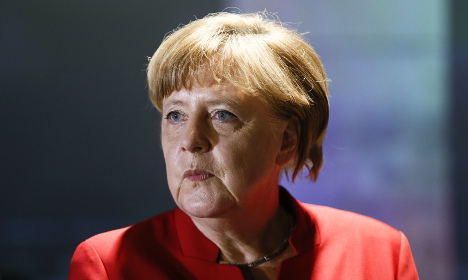 The conservative chancellor has been criticised by many Germans over her welcoming stance towards migrants. Photo: DPA

A police patrol discovered the animal's head outside the office in the Baltic sea town of Stralsund in the early hours of Saturday.

A spokesman for regional police refused to be drawn on the nature of the insults, saying only that they were directed at Merkel, who was first elected to parliament in Stralsund 26 years ago.

The conservative chancellor has been criticised by many Germans over her welcoming stance towards the migrants that have poured into Europe over the past year.

The anti-immigration Alternative for Germany (AfD) has been buoyed by concerns over the integration of the more than one million asylum-seekers that arrived in Germany in 2015, becoming the country's third-biggest party.

Merkel's migrant policies have also been contested by some members of her own Christian Democratic Union (CDU) as well as its Bavarian sister party, the Christian Social Union (CSU).