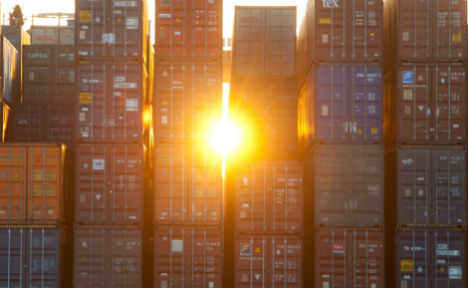 It was the strongest growth the German economy has recorded in two years, the Süddeutsche Zeitung reports.

German gross domestic product (GDP) expanded by 0.7 percent in seasonally and calendar-adjusted terms in the period from January to March, the federal statistics office Destatis said in a statement.

That was faster than the growth of 0.3 percent notched up in the preceding quarter and also faster than the 0.5 percent analysts had been predicting for the first quarter of this year.

“Private households and the government increased their spending and investments were also higher,” the statement continued.

The mild weather boosted activity in the construction sector and investment in equipment also increased.

By contrast, foreign trade had a moderately dampening effect because exports did not grow as fast as imports, meaning the overall trade surplus – the balance between imports and exports – fell, Destatis said.

On a 12-month basis, GDP expanded by 1.3 percent in the January-March period compared with the same period a year earlier.

The data are still only preliminary. A more detailed breakdown of the different GDP components will be published on May 24, Destatis said.