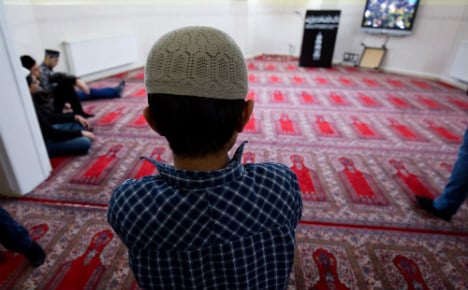 For 60 percent of Germans, Islam does not belong in their culture, with only 34 percent of respondents saying that, yes Islam does have a place in Germany, a poll published by Infratest dimap on Thursday shows.

This is a dramatic sharpening of public hostility to the Mohammedan faith since ex-President Christian Wulff famously stated in 2010 that “Islam is now also a part of Germany”.

When Wulff made his remark slightly more Germans agreed than disagreed.

But a poll conducted in August 2014 showed that public opinion was slowly shifting against tolerance.

At that time 52 percent of respondents were against the idea that Islam is a part of Germany, while 44 percent supported it.

As hundreds of thousands of asylum seekers have arrived in the country from the Muslim world over the last 12 months, public anxieties about the cultural impact have grown.

Thursday’s poll confirms this, showing that 52 percent of respondents fear that the refugee crisis will lead to Islam having too much cultural sway in the Federal Republic.

Terrorist attacks in Paris and Brussels have also led to a fear that Germany could be the next country in the sights of Islamist fanatics.

The Infratest dimap poll showed that 72 percent of Germans worry that there will be a terror attack in their country, while a quarter of respondents said they don’t believe that will happen.

Meanwhile mass sexual assaults in Cologne and other cities at New Year have led people to question whether Muslim men can adapt to a culture which strives for sexual equality.

Xenophobic right-wing movements have also become ever more present in recent months. Pegida, an anti-Islamic movement based in Dresden has managed to attract tens of thousands of adherents, while the Alternative for Germany (AfD), a party which wants minarets banned, has had remarkable success in state elections.

The scepticism about Islam is particularly pronounced among AfD voters, and those who favour the Free Democratic Party (FDP), a small traditionally liberal party.

While over two thirds (76 percent) of FDP voters agree that Islam doesn’t belong in Germany, AfD voters almost unanimously agreed with the statement.