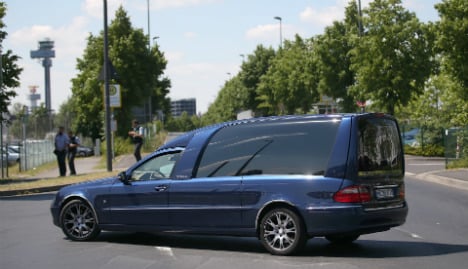 Munich was glistening in the afternoon sun when an undertaker from Poland drove his hearse into the city centre and parked “somewhere in the region of the central train station.”

The 24-year-old man was on a long journey, transporting a fellow Pole who had died in Italy back to their home country, the police report states.

After going for a bite to eat, the young man returned to the black car to find that he could no longer find it.

The Süddeutsche Zeitung (SZ), a Munich based broadsheet, reports that police believe the man had accompanied his meal with a few alcoholic refreshments, leading to his lapse in memory.

Tabloid the Münchener Abendzeitung, meanwhile reports that the hearse was stolen, and questions what the thieves will do with the corpse.

Police are now looking for witnesses to the whereabouts of the vehicle, which has Polish licence plates.

“It really looks like your classic hearse, black with white curtains in the window. It can’t be that hard to miss,” a spokesperson told the SZ.