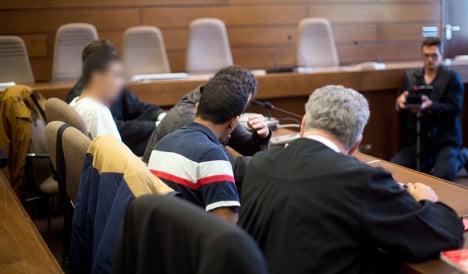 The trial in Cologne on Friday. Photo: DPA.

The panel said it had no evidence that the 26-year-old was part of a group of about ten men who allegedly surrounded, groped and robbed the woman at Cologne central railway station.

The man was later found to be in possession of the woman's mobile phone, but he told the court that he had bought the cellphone from an acquaintance.

The court did find the man guilty of handling stolen goods and of a separate charge of breaking into a car last December and sentenced him to a suspended six-month jail term.

The Cologne attacks – committed mainly by men who appeared to be of Middle Eastern origin – appalled Germany and sharpened public concern about the arrival of over one million mostly Middle Eastern asylum seekers, with far-right groups railing against “sex jihadists” and “rapefugees”.

The ugly scenes also cast a harsh spotlight on the city's police who initially failed to prevent the violence then tried to play down the extent of the chaos for several days.

Prosecutors have now received some 1,170 criminal complaints, including 492 accusations of sexual assault.

A key suspect in the Cologne sexual violence, a 19-year-old Moroccan man, is set to face trial after he was spotted shoplifting in southern Germany and arrested across the border in Switzerland last week.

Another Moroccan man is on trial in the western city of Düsseldorf over a New Year's attack there in which he allegedly groped an 18-year-old woman encircled by some 15 to 20 men.