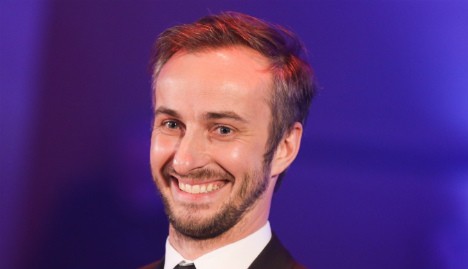 When Jan Böhmermann read out a poem on his night time television show at the beginning of April, he must have known he would cause a sensation.

Among other things the poem, addressed directly to Turkish President Recep Tayyip Erdogan, accused him of being a “goat fucker” and a fan of child pornography.

But, as Böhmermann pointed out, the poem was an attempt to show Erdogan what counted as defamation under German law, after the sensitive Turkish leader had complained about a satirical song called “Erdowie, Erdowo, Erdowann?” which had appeared on a rival comedy show a few days before.

Ankara, though, failed to see the funny side, and voiced immediate anger at Böhmermann's lyrics.

Chancellor Angela Merkel called up Turkish Prime Minister Ahmet Davutoglu and described the Böhmermann poem as “deliberately insulting” in an attempt to cool tempers in the Turkish capital.

She was widely viewed at the time as appeasing Erdogan to preserve a refugee deal the EU has signed with Ankara.

But Erdogan was not to be appeased. As well as filing a complaint with German police as a private citizen, his government insisted that Merkel allow for Böhmermann to be prosecuted under an obscure German law which bans insults against foreign heads of state.

By this stage Böhmermann had police protection outside his house in Cologne, as hundreds of other private citizens also filed complaints against him.

He then cancelled his weekly show, disappeared from social media and appeared to go into hiding.

At the end of the month Merkel announced that she would allow prosecutors to examine the case against Böhmermann under the law.

In a state where the rule of law exists, it is up to the judiciary to decide on the need for a trial, not the government, she argued.

Böhmermann ‘laughed at Merkel with Erdogan'

Now Böhmermann has broken his silence, speaking to Die Zeit, a weekly newspaper which is published on Wednesdays.

“The Chancellor can’t waver when it comes to freedom of expression,” the comedian said. “But instead she filleted me and and served me to a neurotic despot for tea.”

“She made a German Ai Weiwei out of me,” he added, referencing the Chinese dissident artist who has spent years battling the Beijing authorities.

“The thing that amuses me most is that the leader of the country of poets and thinkers didn’t reflect for one moment on the joke or its context before she rushed to judgement.”

Böhmermann even claimed to have been corresponding with Erdogan about the Chancellor’s failures.

Explaining why he wrote the poem, Böhmermann said: “It had nothing to do with insulting him.”

“Insulting President Erdogan is too stupid for me. I think people should have noticed that in this completely ludicrous poem.”

The comedian also reminded people to understand the poem within the context he had written it in, after he had been accused for racism for saying among other things that Erdogan’s breath smelled like döner kebab.

“Anyone who takes the poem out of context… doesn’t have it all together,” he said.

“The most painful thing for me to think is that due to this poem I could be considered a racist or someone who hates Turkish people.

“I made a provocative and complex joke – nothing more. And now there’s an inquiry in the name of the people – over a joke. I can’t wait to see who has the last laugh.”