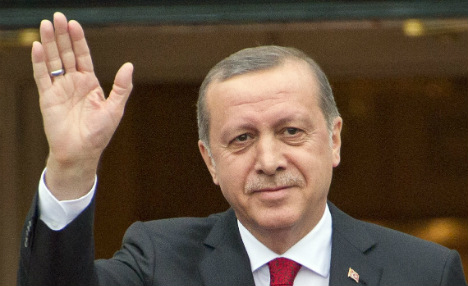 The 16-page special edition entitled “Uncensored / Sansursuz” was produced jointly with Turkish weekly Agos and BirGun daily and featured stories with headlines including “What is the [Turkish] government hiding?”

An editorial accused Berlin and Brussels of staying largely silent on Ankara's alleged rights abuses at a time when the European Union needs Turkey to limit the influx of migrants and refugees from Syria, Iraq and elsewhere.

“You would have to be in massive denial to overlook the vehemence with which the Turkish president is fighting the free press in his country,” said the editorial in the left-wing newspaper also known as taz.

“And the German government, reliant on Turkish goodwill, is letting Turkey be, except for a sporadic sprinkling of criticism. We're not joining this game … Because it is Turkish colleagues who pay the price for the apparent calm.”

In recent weeks, Chancellor Angela Merkel has been accused of voicing only soft criticism of Ankara about violations of free expression, and for allowing the prosecution of a German satirist who wrote a poem savagely insulting Erdogan.

Turkey has pledged in a deal with the EU to stop refugees from travelling to Greece, and to take back illegal migrants from there, in return for financial aid and an accelerated EU visa liberalisation process for Turks.

“The chancellor must not wobble when it comes to freedom of expression,” he said in a pre-released excerpt.

“Instead she filleted me, served me up to a neurotic despot for tea and turned me into a German Ai Weiwei,” he said in reference to the Chinese dissident artist.