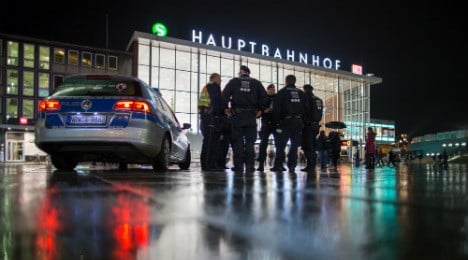 A chief superintendent in the Cologne police told the investigative committee established in the wake of the attacks that the interior ministry in North Rhine-Westphalia had sought to influence the investigations.

The officer explained that an official from the ministry had called about a rape charge mentioned in an internal police report.

“That isn’t rape. Get rid of it. Delete the report,” the ministry official said, according to the chief superintendent.

The rape report was made by a young woman who alleges she was surrounded by a group of around 50 men, some of whom pushed their fingers inside of her.

When he complained about the caller’s angry and abrupt tone, the official replied “these are the orders from the ministry. I’m simply passing them on.”

The 52-year-old chief inspector said that he had never in his career experienced an intervention of this nature from the ministry.

But he said he did not believe it was part of a cover-up.

“They didn’t understand what is meant by rape,” he suggested.

Hundreds of women filed complaints in the days and weeks after the attacks with police, alleging that they had been sexually assaulted or robbed by groups of men around Cologne’s central train station.

In the days after the attacks, allegations were made that the police had sought to cover up the crimes, due to the fact that they appeared to have been committed by men with a migrant background.

In March police conceded that they had almost half the number of officers on duty during the assaults as they had originally claimed. A police report published the day after the attacks claimed 140 officers were present at the scene, when in fact at most only 80 were present.

The sexual assaults on New Year's Eve have brought stronger calls for reforms to Germany's law on rape. Proponents for change say the law doesn't sufficiently protect victims because it does not mention consent and courts often place too much emphasis on whether a victim physically resisted.