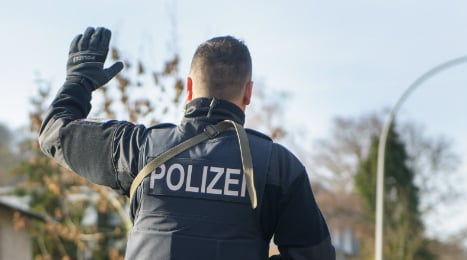 A proposal for a “mechanism to suspend visa-free travel” was written by France and Germany and dated Wednesday, Politico reported after seeing a copy of the document.

“Current migration and refugee trends make it necessary to have an efficient mechanism in place to suspend visa liberalization,” the authors argue.

Visa liberalization was one of the carrots dangled by Europe to get Turkey to accept a controversial refugee swap deal.

Under the March agreement, Ankara said it would take back migrants who enter the EU illegally, while in exchange European countries will accept Syrian refugees from camps in Turkey.

Other countries currently negotiating visa-free travel with the EU include Georgia, Ukraine and Peru.

Current law dating back to 2013 allows visa-free travel to be revoked for up to six months under any of three conditions:

The new document suggests that the European Commission could also take into account “increases in crime, efficiency of the fight against corruption, organized crime, document fraud, illegal border-crossings and overall quality of cooperation in the field of readmission of irregular migrants” in deciding whether to apply the brake.

Under the proposed rules, the European Council – made up of the heads of state and government of all EU countries – and Parliament would decide together whether to temporarily suspend visa-free travel. Any EU country would be allowed to request the emergency brake be pulled.

A spokesman for the German Interior Ministry told The Local that they could not confirm the Politico report.

'No looser rules for Turkey'

European officials have insisted that the urgency of bringing refugee flows under control would not push them to slacken the preconditions for the visa-free travel agreement.

“We will not play around” with the 72 criteria Turkey must meet to gain visa-free travel, European Commission deputy head Frans Timmermans told the European Parliament (EP) in Brussels on Thursday in comments reported by Reuters.

He acknowledged that there were concerns that Turkey's government was not respecting the democratic norms the EU usually demands in exchange for benefits like visa-free travel.

“The distance between us and Turkey is not decreasing, it is increasing because of human rights, the media, and what is happening in civil society,” Timmermans said.

The visa deal has yet to be approved by the EP, where an emergency brake is also under discussion.

“I would support looking at this emergency mechanism again,” Germany's most senior MEP Manfred Weber said on Thursday.

Plans to open visa-free travel to Turks have met with resistance from the public in Germany and other EU nations including France, the Netherlands and Austria – meaning Paris and Berlin are hunting for opportunities to limit its impact.

But Weber, a Bavarian conservative who leads the European People's Party (EPP) in Brussels, argued that governments could reassure their citizens with a toughened emergency brake mechanism.