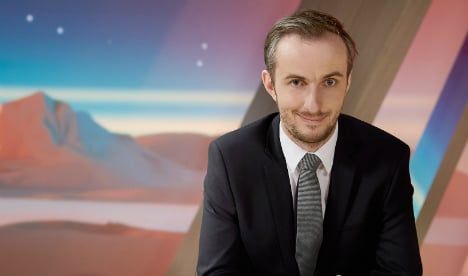 “The accused, for whom no defender has so far presented himself, must be allowed due process,” lead prosecutor Andrea Keller said in a statement.

After the interview, prosecutors will decide whether there is sufficient grounds to proceed under the law, which provides for a fine or up to three years in prison for those convicted.

Böhmermann has been in the spotlight for weeks after Turkish President Recep Tayyip Erdogan demanded that the German government allow his prosecution under the law, which dates back to the 19th Century.

The satirist had read out a poem accusing Erdogan of child abuse and bestiality in response to Ankara's protests about a comparatively mild satire from rival show Extra 3.

In a phone call with the Turkish Prime Minister days after the poem was broadcast, Chancellor Angela Merkel called it “deliberately insulting” – only to admit last week that this had been a mistake.

Merkel announced two weeks ago that she would allow prosecutors to examine the case against Böhmermann in a move that provoked a storm of controversy in Germany.

Many argued that the Chancellor was allowing freedom of speech to be limited by an autocratic foreign leader in the name of keeping a controversial EU refugee exchange deal with Turkey alive.

Others said that they were glad that prosecutors and judges, rather than a politician, could have the final say over the case.

News of the case moving forward comes just one day after the TV satirist announced he would be returning to his weekly show on public broadcaster ZDF on May 12th.