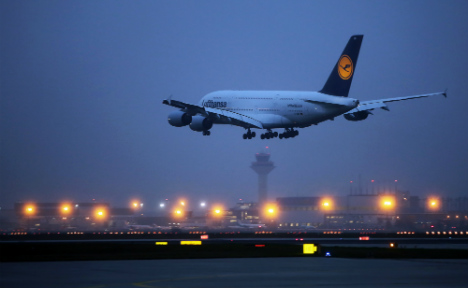 The union Verdi said on Friday its strike action would also impact the Munich, Düsseldorf, Cologne/Bonn, Dortmund and Hanover airports.

It would include personnel in air safety control, ground services, at check-in counters and in mechanical workshops.

The industrial action aims to raise the pressure in a battle the union is fighting over public sector wages with local and federal governments.

“We are announcing the strikes at such an early stage so that passengers can adjust and reschedule their travel,” said the union's Christine Behle.

The strike next Wednesday follows industrial action which Verdi has recently organised in other institutions, including hospitals, town halls and child care centres.