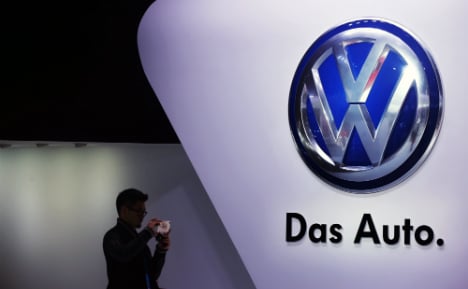 The US cases have been consolidated in a federal court in San Francisco under Judge Charles Breyer who had given Volkswagen until April 21 to come up with a plan to deal with some 600,000 cars which had their engines rigged to make them appear less polluting.

According to German daily Die Welt, the deal, agreed with the US authorities, doesn't resolve all the issues but would leave Volkswagen picking up the cost of recalling and modifying the offending vehicles as well as paying out $5,000 (€4,400) to each of the affected owners.

If the deal is not accepted by the plaintiffs then the case could go to trial.

The US deal is just “a kind of memorandum of understanding,” which will have to be worked on in the coming months, the newspaper quoted one of the participants in the negotiations as saying.

Volkswagen has been engulfed in a global scandal since it was revealed last year that the German automaker had installed software into 11 million diesel engines worldwide that intentionally skewed emissions values during testing.

German litigation lawyer Christopher Rother told Die Welt that the US deal is likely to serve as a reference point for damages for European VW clients.

Investors on Wednesday welcomed the attempt by Volkswagen to avoid a mass court action, and VW shares rose 6.61 percent on the Frankfurt market.

The total costs of the controversy are still incalculable but are expected to run into many billions as a result of fines and lawsuits.

VW, which is expected to post a loss running into many billions of euros for 2015, could also announce a waiver in the dividend payout to shareholders for the first time since the early 1980s.

Tempers have flared in Germany recently over whether the VW bosses deserve their annual bonuses. The company hierarchy appear willing to accept a reduction in the payments, which make up the lion's share of their salaries, but do not want to give them up completely.