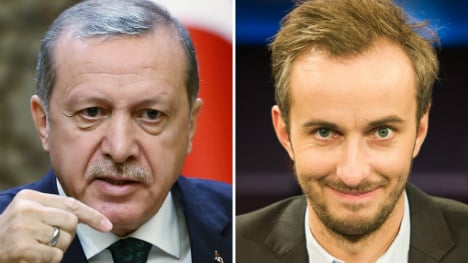 Chancellor Angela Merkel had announced last Friday that the law dating back to the 19th Century would be abolished by 2018 – and that satirist Jan Böhmermann could face prosecution under the law in the meantime.

It's not certain that Böhmermann will have a day in court, as prosecutors must first decide whether there is a case to answer for the “smear poem” he read out against Recep Tayyip Erdogan on public television.

But the Social Democratic Party (SPD) – the junior coalition partner to Merkel's Christian Democratic Union (CDU) – were unhappy with the Chancellor's decision.

Now SPD Justice Minister Heiko Maas plans to have a draft bill to abolish the law on “insulting a foreign heads of state” in front of MPs in the Bundestag (German parliament) within a week, the Rheinische Post reported on Thursday, citing government sources.

Many political commentators and two-thirds of the public were also against Merkel's choice to allow the prosecution to go ahead.

It was seen by many as a bid to appease Erdogan's anger and keep alive a controversial refugee exchange deal struck by the EU with Turkey.

SPD and Green party politicians in North Rhine-Westphalia and Hamburg had already announced on Wednesday that they would bring legal action to try and abolish the law sooner and block Böhmermann's prosecution.