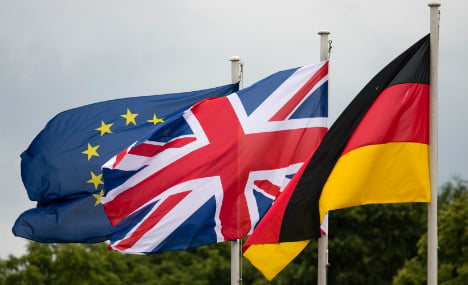 The survey showed that 78 percent of Germans hope the UK will stick around, far outstripping the number of “Bremain” proponents in Spain (67 percent), France (59 percent) and Poland (54 percent).

French pollsters TNS also found that among Brits themselves, the running was much closer, with 38 percent backing Remain and 34 percent Leave, while 28 percent remain undecided.

The question will be put to a referendum on June 23rd, when the British public will vote on whether to stay part of the 28-member European Union or strike out alone.

The issue has split the British government, with Prime Minister David Cameron facing vicious opposition from senior figures in his own party, such as Justice Secretary Michael Gove and London Mayor Boris Johnson.

Brits currently expect the 'In' camp to win it – 40 percent expect Britain to stay in the EU, according to Wednesday's survey, compared to 26 percent who expect voters to back leaving.

Their European counterparts were more optimistic, with 47 percent of Germans, 48 percent of Spaniards and 44 percent of Poles predicting Britain will avoid an exit.

Only in France did more people expect Britain to go than not, with 52 percent predicting a Brexit and 48 percent saying the referendum will back staying.

Asked about the consequences of leaving, only a tenth of Brits said the EU's economy would improve while 38 percent said it would deteriorate and 21 percent said nothing would change.

Their continental counterparts were less hopeful, however. Two-thirds of Germans, 43 percent of Spaniards, 39 percent of Poles and 33 percent of French predicted a Brexit would hurt the EU's economy.

Expert Clemens Fuest of the Munich Ifo economic institute said earlier this week that Germany would be the biggest loser if Brits really do pull the ripcord in June.

The survey, carried out by TNS between April 4th and 14th simultaneously in France, Germany, Spain, Poland and Britain, was published in French media on Wednesday.

SEE ALSO: Five practical things Brits abroad can do to keep UK in the EU