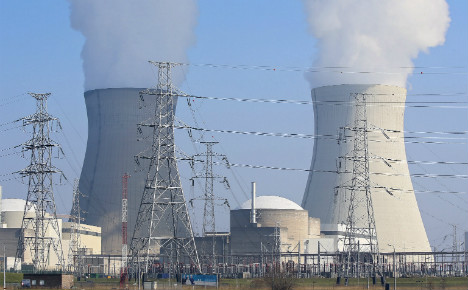 German Environment Minister Barbara Hendricks earlier on Wednesday requested that the 40-year-old Tihange 2 and Doel 3 reactors be turned off “until the resolution of outstanding security issues”.

The agency “is always willing to collaborate with their German counterparts… but only as long as a shared willingness to cooperate in a constructive fashion is demonstrated,” it added in a terse statement.

The reactor at Tihange is located just 60 kilometres (40 miles) from the German border, while Doel is about 130 kilometres away, and close to Antwerp.

The reactor pressure vessels at both sites have shown signs of metal degradation, raising fears about their safety.

They were temporarily closed but resumed service last December.

“I believe it is right to temporarily take the plants off-line, at least until further investigations have been completed,” minister Hendricks said in a statement.

Such a step would be “a strong precautionary measure” and “would show that Belgium takes the concerns of its German neighbours seriously,” she said.

Belgium's creaking nuclear plants have been causing safety concerns for some time after a series of problems ranging from leaks to cracks and an unsolved sabotage incident.

The Doel and Tihange power stations have been in service since 1974-1975, and were scheduled to be shut down in 2015.

But the Belgian government in December decided to extend their lives to 2025.

Germany — where the public mood swung against nuclear power following the 1986 Chernobyl disaster — decided after Japan's Fukushima meltdown five years ago to phase out nuclear power by 2022.

Germany in early March also demanded that France close down its oldest nuclear plant, Fessenheim, located near the German and Swiss borders, over safety concerns.

ENERGY
‘Over half’ of Germans heating homes less or not at all
Url copied to clipboard!