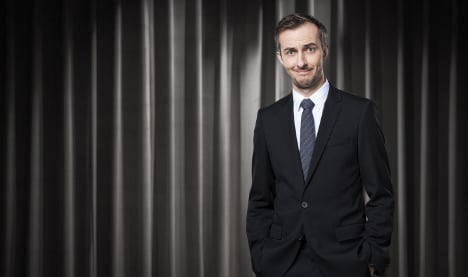 Support is growing for comedian Jan Böhmermann at his workplace after he read his intentionally offensive poem about Turkish President Recep Tayyip Erdogan on air, eliciting a probe into whether he had violated German law.

ZDF’s editors’ committee sent an internal letter around the company asking for the poem to be added once again to the broadcaster’s online streaming service, Spiegel Online reported on Thursday.

The director of ZDF programming had decided to remove the video from its media library after lawyers said it potentially violated a little-used German statute against insulting foreign heads of state, according to Spiegel.

Turkey has filed a formal complaint about the poem, which the German government confirmed it is looking into, and Erdogan has also filed a separate defamation complaint as a private person.

Böhmermann, who is currently under police guard at his home in Cologne, said through his attorney on Wednesday that he refused to give in to Turkey’s demands for the poem to never be read again, according to Spiegel.

“We would welcome the ‘smear critique’ [poem] being brought back to the media library from the poison cabinet, in order to document contemporary history,” wrote the ZDF committee.

The ZDF editors’ statement went on to argue that people in modern times should be able to put up with harsh satire.

The editors also made the point that Böhmermann’s show had succeeded in prompting the government to jump into action and look at its own laws, but because the video was removed, they questioned: “Was it really worth it?”

ZDF director Thomas Bellut has defended the decision to remove the video, saying that the poem did not correspond “with our vision for our programme”.

But critics have argued that the censorship of the poem as well as the government’s consideration of Turkey’s complaint do not support Germany’s constitutionally-guaranteed principle of a free press.

Earlier this week, the centre-left Social Democratic Party called for the law that bans insulting foreign leaders to be repealed.

Other journalists, entertainers and politicians  have stepped forward in support of Böhmermann, including former Greek Finance Minister Yanis Varoufakis, who signed an open letter with others in weekly newspaper Die Zeit in solidarity with the German funnyman.

“Art cannot be created in a climate in which female and male artists have to worry about whether their work could lead to legal charges, meaning they will be censored or start to censor themselves,” the group wrote.

Varoufakis also wrote on Twitter earlier this week that Europe had “lost its soul” when it made a controversial deal with Turkey to reduce the number of refugees arriving, and now it was losing its humour.

Europe first lost its soul (agreement with Turkey on refugees), now it is losing its humour. Hands off @janboehm! https://t.co/w6bTJjp0QG